The beast: Toronto, Canada as the mining capital of the world 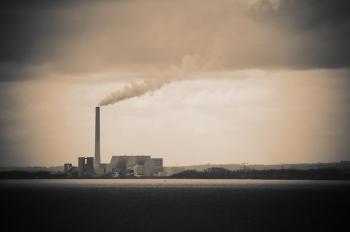 Take a walk in downtown Toronto and you may not fully realise what’s around you. In the bustle of the city, it takes effort to dodge streetcars, noisy traffic, bikes that rush past and other pedestrians surfacing from underground subway stations. You may not pause to look up. But you should.

At this very moment, buildings throughout Toronto’s financial district are filled with people making decisions that will affect the lives and futures of communities the world over - decisions about where next to extend the far reach of the Canadian mining industry.

Canada is open for business

Over half of the world’s mining companies are headquartered in Canada, and a majority of them right here in Toronto. They’re drawn here because they see a stable environment for investment - stock exchanges that generate massive wealth for mining projects with little or no reporting requirements on the social and environmental impacts of these investments; access to Canadian embassies and trade services around the world who are mandated to promote Canadian business abroad; and extensive tax benefits and direct support from other agencies like Export Development Canada, who provide loans and credit insurance to companies who might not otherwise have access.

Held together, these benefits make a compelling case for why a mining company should list as Canadian. But what really sustains this industry is a value embedded into the very founding of Canada - that resource extraction is the best use of land and that corporate actors are entitled to it. This belief, coupled with the reality of ongoing colonization, has cemented a political climate in Canada that prevents any kind of meaningful corporate accountability.

Take Belo Sun for example. The company, headquartered in Toronto, is determined to build Brazil’s largest open-pit gold mine in the heart of the Brazilian Amazon, despite massive resistance from impacted communities who fear the environmental and cultural impacts of a mine of this magnitude would be devastating. Multiple lawsuits have been filed in Brazil against the company for its failure to respect Indigenous rights. But Belo Sun pushes on.

Or Imperial Metals, headquartered in Vancouver but listed on the Toronto Stock Exchange. The tailings dam for the company’s Mount Polley mine in British Columbia (Canada) breached in 2014, spewing an estimated 25 billion litres of toxic materials into nearby lakes and causing one of Canada’s worst environmental disasters. To date, no charges or fines have been laid against the company.

These aren’t anomalies. In fact, most mining companies listed on the Toronto Stock Exchange begin exploring for minerals and start operations without ever having obtained the consent of communities whose territories they are on. Many of these companies have agreements with local police to provide private security, and petition foreign governments to militarise the surrounding areas when communities protest their operations. A recent report by Global Witness found that in 2016 alone, 200 land defenders around the world were killed for their work protecting their lands from industries like mining. And many more continue to be criminalized for speaking out.

So what’s to be done? While the Canadian government continues to insist that voluntary standards are sufficient to regulate corporate behaviour, mounting evidence keeps  proving otherwise. On the policy front, Canada must adopt stronger - and legally binding - standards to hold its companies accountable and must adopt and fully implement the UN Declaration on the Rights of Indigenous People. But petitioning a government that is so clearly beholden to mining interests can’t be the only solution.

We must continue to strengthen relationship-based movements

There is no single solution - and that’s the point. For however many mining companies and destructive mine sites exist in the world, there are as many, if not more, expressions of strategic resistance. In northern British Columbia, the Tsleil-Waututh, Squamish and Coldwater First Nations are taking the Canadian government to court in an effort to halt the construction of the Trans Mountain Pipeline. In Turkey, communities fighting against Alamos Gold have begun a “Vigil for Water and Conscience” outside its gold mine, inspiring solidarity protests across Turkey and the world. In Guatemala, over two million people have participated in community and municipal referenda, using ancestral organizing practices to declare entire territories free of mining.

Indigenous communities around the world have used diverse and creative organising strategies to resist the onslaught of resource extraction for hundreds of years. We must continue to build movements for social justice that support these struggles, taking leadership from those most impacted by mining.

We also don’t need to live next door to an open-pit gold mine to understand the harms caused by the Canadian mining industry. We have important opportunities to organise from our unique positions and situations - wherever that may be. For myself, and many others who organise with the Mining Injustice Solidarity Network, that means organising right here in Toronto, in the belly of the beast, to better understand the role our city plays in making global resource extraction possible and fighting to ensure that companies can no longer continue with business as usual.

Valerie Croft is an organiser with the Mining Injustice Solidarity Network - a Toronto-based activist group fighting against the harmful practices of the Canadian mining industry, alongside and in support of mining-impacted communities.