Covid-19: Killer of Black, brown and poor of US and Haiti 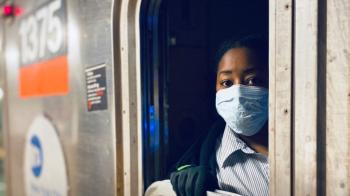 We are supposed to be thinking this week about the health disparities in the United States based on race and ethnicity, since the New York Times, Washington Post, National Public Radio, and even USA Today are going on about it. This is the hot topic presumably because of a recent analysis of the demographics of COVID-19 deaths by the Center for Disease Control and Prevention (CDC). Such an analysis, however, cannot be found. Instead, the public health departments of several US states simultaneously published their COVID-19 racial breakdowns. One cannot help but suspect that this orchestrated and sudden discovery of the institutional racism of the US is nothing but an election-year ploy to sway Black and Hispanic voters from one to another of two political parties that care nothing about them. Politicians have learned, from Obama’s speechwriters, that when they state a problem accurately while not promising to do anything about it, they leave everyone in the room convinced they’ve said they will address the problem. But nothing ever gets done: not by the overtly xenophobic and racist political party that courts far-right elements at home and abroad, and not by the metrosexual party that says all the right things but embraces the same xenophobic and racist policies on the quiet.

Nevertheless, these data should make us think more deeply about why the poorer citizens of this country are dying in greater numbers from a virus that, in principle, does not discriminate by race and ethnicity. For a while the CDC trumpeted the fact that 90 percent of the people hospitalized for COVID-19 had underlying health problems like old age, pulmonary or cardiovascular issues, diabetes, or cancer. Since many of these problems are linked to obesity, this has been used as a way to blame the victim. Some writers stopped just short of declaring, particularly to the populations of states with large Black and Latino populations: “It’s your fault that you’re dying, because you’re fat.” To this I say: “No. You’re dying because you’re poor.”

In Louisiana, for example, the chance of a black person having died from COVID-19 is 70 percent, although African-Americans represent only 32 percent of the state’s population. By contrast, the chance of a white person having died from the pandemic is only 29 percent, although this demographic represents 62 percent of the population. The figures in Illinois and several other states are also gruesome. Even in areas like California and New York City, where the data in the aggregate appear not to belie any institutional racism, if one dissects away the areas with a large black population, the same pattern emerges. As startling as these figures might be, however, they would be far worse if they were broken down by income and wealth. I believe the idea is to make us think about race before we begin to form a thought about class: much like a red cape distracts an enraged bull from impaling a matador.

A major factor that makes the poor more vulnerable to being killed by SARS-CoV-2 is their job. The poor are overwhelmingly employed in more exposed jobs, like care of children, the mentally ill and the elderly; janitorial work; low-level hospital jobs; transit jobs like bus driving, and jobs as baristas and grocery clerks. Many such workers must keep two or three jobs to make ends meet, in a system that denies them full-time work so they get no health insurance. Consequently, they come into contact with many more people every day, usually in situations where they are enclosed in poorly ventilated spaces. To get to their jobs, the poorest of such workers take public buses and trains, which are often crowded and also poorly ventilated. At home, they live in larger family groups in neighborhoods where the air and water are often polluted. Finally, for the poor, the next paycheck takes priority over all other issues, including health problems. And so the poor age prematurely: most never find a moment to care for themselves and they work till they’re used up.

As dire as the situation might appear in the US, it is far worse in the developing world, where many governments are inimical to their populations and propped up from outside. In Haiti, for example, the so-called government, which is now reduced to only the executive branch, has done everything in its power to create an emergency situation that will cause aid money to flow to a small group of politicians. Despite the raging pandemic, on March 17 Haiti declared a lockdown of its airports but left them open to flights to and from the US and Cuba. Deportations from the US, including a recent one from Louisiana, continue. A Cuban contingent of 1,500 people left Haiti on March 22, many of them medical workers, to go care for the Cuban sick, the passengers of a cruise ship, and the Italian sick. This was terrible news because the Cuban health brigades have been the main protection of Haitians from health NGOs. Such NGOs are, for the most part, unqualified. Furthermore, they are often predatory and less interested in healing the sick than in conducting drug trials for big Western pharmaceutical companies. After a brief shutdown, on March 30 Haiti reopened its assembly factories to manufacture medical gowns and masks. Despite the supposed greater distance between workers, this situation effectively gathered large numbers of women in fluorescently lit boxes with appalling ventilation. The government also chose to roll out its National ID Distribution around the same time, forcing long lines of people to stand around together for hours.

Why would a government be so eager to kill its own citizens? I believe the incentive is the lucrative business of supplying human subjects to big Western pharmaceutical companies for their drug and vaccine trials. On April 2, Haiti got $20 million from the World Bank, which required COVID-19 deaths as a precondition for its donation.

Indeed the deathwatch has started again in Haiti, this time for COVID-19 instead of the cholera that was permitted to kill 10,000 people. So far, two people have died from the viral infection and human neglect: a 55-year old lawyer from the Ministry of Justice, and an unidentified 69-year-old woman. The cause of the first death is being contested by the man’s family. Whether or not it is correct is hardly worth one’s attention, because most news from the country is a tissue of lies. As of April 7, only 270 tests had been done, although the Ministry of Public Health and Population (MSPP) supposedly had in hand 2,000 tests and ordered 10,000 more. Most of the tests were administered to politicians — and no doubt their families and mistresses too — on the order of the prime minister, who demanded testing of all the country’s ministries. Indeed, 187 of those 270 tests were in the West Department, where the capital city and politicians are.

To say that the COVID-19 pandemic is compounded by societal problems is an understatement. In Haiti, for example, the diaspora’s remittances account for about 30 percent of the GDP, but everywhere the diaspora is losing its jobs because of the global economic shutdown. Haiti is a place where people walk for miles and then stand in line for hours to buy their water, where even the street markets sell mainly imported produce and dry goods, and where the exchange rate has deteriorated from 75 to 100 Haitian gourdes per US dollar. The Minister of Public Works says he is ready to bury 1,000 to 1,500 people. The scenario for Haiti is quite analogous to that of most of the developing world, with only changes in the details. Let us hope the poor bury their governments first.

Dr. Dady Chery is an Associate Professor of Biology, Co-Editor-In-Chief of News Junkie Post, and the author of We Have Dared to Be Free: Haiti’s Struggle Against Occupation. Photographs one, three and five from the archive of Metropolitan Transportation Authority; photographs two, four and eight from the archive of U.S Department of Agriculture; and photographs six and nine from The National Guard archive.