Digicel wants US case over Haitian alleged fraud thrown out 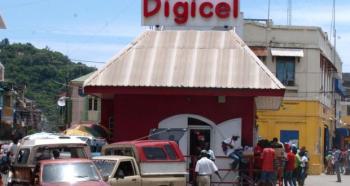 Digicel in Haiti: Among the firms accused by Haitian immigrants in the US of “conspiring” in a “fraudulent scheme” to collect fees for the government. Photograph: Peter Andrew Bosch/Miami Herald/MCT

Several companies, including Denis O’Brien’s Caribbean telecoms group Digicel, are expected to file a motion this week to try and get a Haiti-linked case against them thrown out of a New York court.

The case concerns allegations that levies on Haitian telephone calls and money transfers, which are supposed to fund the impoverished nation’s education sector, have instead been wrongly diverted to Haitian politicians.

The companies are accused by Haitian immigrants in the US of “conspiring” in a “fraudulent scheme” to collect the fees for the government. Several current and former politicians from Haiti are also accused of being involved.

The companies are also accused of “price fixing”.

Digicel has previously denied any wrongdoing and says it obeyed all relevant laws. It made no comment when asked to comment on the upcoming attempt to throw out the case.

The case was originally filed last December by the Haitians living in the US, on the basis they are affected by the levies when they call or send money home. As well as Mr O’Brien’s company, the plaintiffs are also suing Digicel’s smaller rival, Natcom, and three money transfer companies including Western Union.

Also listed among the respondents are former Haitian president Michel Martelly, a musician previously known as “Sweet Micky”, who introduced the levies and told Haitian voters the cash would be ring-fenced for education.

The plaintiffs allege the levies are unlawful and that the cash has been used to fund some politicians’ lifestyles.

The defendants are expected to file a motion to dismiss the case on Wednesday, according to recent filings in the US court. The filings suggest the motion to dismiss will focus on whether a case over Haitian taxes can be tried in the US.

An amended complaint filed by the plaintiffs in recent weeks makes several references to Mr O’Brien, including a past interview he gave to the New York Times in which he praised Mr Martelly’s levy-collection scheme.