Global health agency Partners In Health to speak in Vancouver and Winnipeg, March 22-25 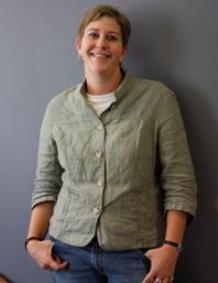 Donna Barry, Director of Policy and Advocacy, Partners In Health

For Immediate Release, March 7, 2011
The Director of Policy and Advocacy of the renowned global health agency Partners In Health will speak at public events in Vancouver and Winnipeg March 22 to 25. Donna Barry RN is a nurse practitioner and master of public health. She works at the Boston headquarters of Partners In Health.

Partners In Health was founded by Dr. Paul Farmer in 1987. Its partner organization in Haiti is Zanmi Lasante. In collaboration with Haiti’s Ministry of Health, they are one of the leading health care providers in the country. Zanmi Lasante numbers 5,000 staff. Its network of clinics in the central highlands of Haiti serves some one million people. It supports a training hospital in the town of Hinche. A second training hospital is under construction in the town of Mireblais, located just north of Port au Prince.

Since the earthquake, Zanmi Lasante/Partners In Health has expanded its services into the earthquake zone. It serves three of the largest camps of internally displaced persons in Port au Prince. The organization is a strong voice for sovereignty and social justice for the Haitian people and promotes a model of free and publicly accessible health services.

The story of the founding of Partners In Health is told in the 2004 biography, “Mountains Beyond Mountains: The Quest of Dr. Paul Farmer, A Man Who Would Cure the World,” by Tracy Kidder.

Donna Barry began working at the agency in 2001. Prior to her current position, Barry led PIH’s multi-drug resistant tuberculosis project in Russia and was co-director of PIH’s women’s health programs in Haiti. She earned degrees in political science and Russian language at Saint Louis University and masters’ degrees in international affairs and public health at Columbia University (New York City). She completed her RN and Master of Science in Nursing at the MGH Institute of Health Professions in Boston MA.

Barry guides PIH’s advocacy and policy efforts related to health and hunger, socio-economic development in Haiti, increasing the pool of funding for global health and health system strengthening. She has participated in briefings and hearings in Washington DC regarding reproductive health, debt relief in Haiti, childhood malnutrition, tuberculosis, and funding for global health. A nurse practitioner with certifications in women’s and adult health, Barry also supports PIH’s nursing activities and provides clinical and program advice to PIH’s women’s health programs.

For detail on Donna Barry’s speaking engagement in Vancouver, March 22 and 23, and Winnipeg, March 24 and 25, go to: http://www.canadahaitiaction.ca/events. To arrange interviews, contact the following:
In Vancouver: Roger Annis, 778 858 5179 rogerannis(at)hotmail.com
In Winnipeg: Ralph Paul, 204 996 2611 contact(at)whsg.ca