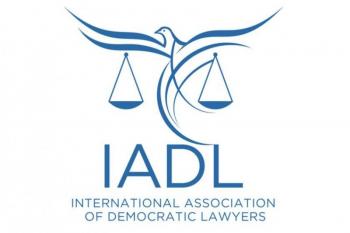 By International Association of Democratic lawyers (IADL), May, 2019

The International Association of Democratic Lawyers sent the following letter to Haitian President Jovenel Moise on the Haitian government’s inadequate response to the November 2018 massacre of over 70 men, women and children in La Saline.

The letter, signed by IADL president Jeanne Mirer, also came in solidarity with the Bureau des Avocats Internationaux, IADL’s Haitian member organization, and with all human rights and civil society leaders in Haiti calling for truth and justice for this massacre.

While the massacre was attributed to gang-related perpetrators, credible witness statements include reports of police uniforms or official government transport of the perpetrators to the location. Allegations have also been made that the massacre was a form of retaliation against local residents for their involvement in anti-corruption campaigns. The massacre came five days before a planned nationwide protest against corruption on November 18, 2018.

Despite the severity of the incident, Moise and the Haitian government have remained largely silent and unresponsive, without transparency on the status of any ongoing investigation. The letter expressed support for demands made by massacre victims and civil society organizations in the La Saline Declaration, calling for an independent invetigation, prosecution of the perpetrators and enhanced psychosocial and security support for people in the region.

Read the full letter text below or download the PDF.

The International Association of Democratic Lawyers is a global organization of lawyers’ associations, individual lawyers and judges from over 90 countries committed to equality amongst peoples, the elimination of imperialism and colonialism and the protection of the rights of all. IADL is a Non-Governmental Organization accredited to ECOSOC and UNESCO.

On behalf of the International Association of Democratic Lawyers (IADL), a global organization of lawyers’ associations, individual lawyers and judges from over 90 countries committed to equality amongst peoples, the elimination of imperialism and colonialism and the protection of the rights of all, we write to express our deep concern at your government’s failure to adequately respond to the massacre of over 70 men, women and children in La Saline in November 2018. We write in solidarity with our Haitian member organization the Bureau des Avocats Internationaux and with all human rights and civil society leaders in Haiti calling for truth and justice for this massacre.

According to multiple credible reports, including an extensive investigation by the National Human Rights Defense Network (RNDDH), on November 13, 2018, assailants affiliated with gangs killed approximately 70 people, raped 11 women and looted 150 homes in the Port-au-Prince neighborhood of La Saline. The massacre is one of the worst since the 1986 fall of the Duvalier dictatorship.

Witness statements and analysis by human rights groups have credibly implicated government actors in the massacre. As laid out in the RNDDH investigation, witnesses reported perpetrators being transported to the areas in police vehicles, and that some wore official police uniforms. Residents of La Saline have also accused government officials of orchestrating the massacre as retaliation for the neighborhood’s role in the growing anti-corruption movement against your administration, in particular preparations for a nation-wide protest on November 18, 2018.

In the face of these grave allegations, massive loss of life and egregious human rights violations against the Haitian people, you have remained inexcusably unresponsive. Despite calls from Haitian human rights groups, your government has issued no statement publicly setting out the steps being taken to investigate, and has issued no response to a January 2019 report by the Office of the National Human Rights Ombudsperson. You are personally yet to make any public comment about what occurred in La Saline. Meanwhile there are conflicting reports as to whether any arrests have been made in connection with the massacre.

Troublingly, your administration’s most recent public statement on La Saline – made not in response to concerns raised by Haitian civil society, but to a letter by over 100 members of U.S. Congress expressing concerns at the attack – was to dismissively label allegations of human rights violations as “baseless and meritless”. The statement, issued by the Haitian Embassy to the United States, provided no explanation or evidence to support this categorical denial and flies in the face of existing evidence.

We strongly condemn your lack of transparency, personal silence and inadequate response to this massacre. We join our voices in solidarity with the demands made by 127 victims and Haitian civil society leaders in the “La Saline Declaration” of December 27 2018 in calling for:

As President, it is your duty to protect the human rights of the Haitian people. We demand that you immediately and publicly denounce the gross violation of rights that has occurred in La Saline, and explain what steps you are taking to fulfill your duty to secure truth, justice and reparations for this horrendous massacre.