Trudeau’s Centre for Peace, Order, and Good Government is a sham 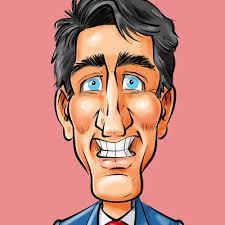 Should peace groups challenge Canadian militarism by pushing clear, principled, demands or by promoting a militarist government’s bid to rebrand itself through a “peace” institute?

In 1984 the federal government passed “An Act to Establish the Canadian Institute for International Peace and Security.” Under the legislation CIIPS was obliged to carry out research proposed by the “designated” minister. Associated with peace researchers, CIIPS was run by former External Affairs and military officials. Its first chair was William Barton who worked at External Affairs for three decades, including a stint as Canadian ambassador to the UN. The organization’s founding director was Brigadier-General George Gray Bell, who spent three decades in the military, and its initial executive director was Geoffrey Pearson, son of Lester Pearson. A former ambassador to the Soviet Union and Mongolia, Geoffrey Pearson wrote, “I have been identified with the government most of my life.” (See my Lester Pearson’s Peacekeeping: the truth may hurt for an assessment of his famed father’s international policies.)

While the institute generally reflected the liberal end of the dominant foreign policy discussion, CIIPS coordinator of research Mark Heller supported Canadian participation in the first Gulf War. The organization also aligned itself with Canadian policy in other ways. Geoffrey Pearson described the motivation for organizing a conference on Canada–Caribbean relations: “I thought that Canada ought to pay more attention to the … British Caribbean countries, where we had traditional interests and potentially important influence.” But Canada’s “traditional interests” in the British Caribbean have often been characterized as “imperialistic”. Canadian banks and insurance companies have dominated the English Caribbean’s financial sector for more than a century and prominent Canadians repeatedly sought to annex these territories.

In 1992 Brian Mulroney’s government disbanded CIIPS. While some suggested the decision was a response to policy prescriptions the government didn’t like, Ottawa claimed its decision was strictly financial. The government’s official explanation gives a good sense of how they viewed the institute. “It will cost the government $2.5 million less annually, because instead of having the Canadian Institute for International Peace and Security, we will have officials within the Department of External Affairs doing the same job.”

If its anything like CIIPS its doubtful the Centre for Peace, Order, and Good Government will push to withdraw from NATO, reduce military spending, end government support for arms exporters or withdraw Canadian troops from Iraq and Latvia. Instead the Centre for Peace, Order, and Good Government is likely to offer a public relations boost to a Liberal government promoting arm sales, NATO expansionism and increased military spending, not to mention brutal mining companies, anti-Palestinian positions, an unpopular Haitian president, a coup in Venezuela, etc.

It is unclear if Mason and Languille’s position is motivated by political ‘realism’, employment considerations, fear of political marginalization, discomfort with the depths of Canadian militarism or a desire to claim victory (the Rideau Institute is part of a coalition that suggested a similar institution). Or maybe they believe the peace movement should take whatever crumbs the Liberals drop from the table since they will be better than what a Conservative government offers.

The other side doesn’t have this attitude. As the recent Rideau Institute blog rightly pointed out the DND/arms industry funded Canadian Global Affairs Institute (CGAI) doesn’t hold back from articulating militarist positions. Last month CGAI held a conference on Modernizing North American Defence that painted Russia and China as apocalyptic threats, wanting to “destroy” (Moscow) and “own” (Beijing) us. Despite their lack of moral legitimacy, the militarists forcefully convey their positions.

Antimilitarists need organizations that do the same. Certainly, it’s not too much to expect a “peace” institute to call for reduced military spending, an end to public support for arms exporters and Canada’s withdrawal from NATO. Does the Rideau Institute believe the Centre for Peace, Order, and Good Government will do that?

I will be speaking alongside Peggy Mason at the World Beyond War conference in Ottawa on May 27.