Why is Canada backing a dictatorial bully in Haiti? 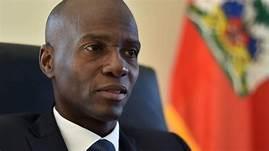 To mark Black History Month, the Canadian Foreign Policy Institute is focusing on Canada’s role in Haiti, a country born through a revolution that was central to liberating Africans from slavery around the world.

Today, Haitians are confronted with a different kind of subjugation, as the country’s impoverished masses face a ruthless U.S.- and Canada-backed dictatorship. It is time for Canadians of conscience to challenge the federal government’s policy.

In early February, a week before Haiti’s president Jovenel Moïse extended his term in defiance of the constitution and popular will, CFPI organized a letter-writing campaign calling on Ottawa to stop supporting the return of Duvalierism in Haiti (Duvalier, father and son, ruled Haiti with an iron fist from 1957 to 1986). More than 350 individuals emailed new foreign minister Marc Garneau and other MPs.

To understand Canada’s current policy in Haiti, it is critical to revisit the coup nearly two decades ago.

The letter was delivered to Garneau’s office on Friday during a rally organized by Solidarité Québec Haïti and Mouvement québécois pour la paix.

To understand Canada’s current policy in Haiti, it is critical to revisit the coup nearly two decades ago. On Feb. 29, 2004, U.S. Marines forced social democratic president Jean-Bertrand Aristide out of the country in the middle of the night. Canadian JTF2 special forces “secured” the airport from which the elected president said he was “kidnapped” and deposited him in the Central African Republic. Afterwards, 500 Canadian troops were stationed on the ground in Haiti for six months and Ottawa provided various other forms of support for the repressive two-year coup government.

Incredibly, 13 months before the coup, the Canadian government convened top officials from the U.S., France and the Organization of American States to discuss Haiti’s future. No Haitian officials were invited to the two-day Ottawa Initiative on Haiti meeting where they discussed the possibility of the removal of the elected president, re-creating the dreaded military and putting the country under UN trusteeship.

Moïse’s legitimacy has always been weak, but since mid-2018 “Haitians have demonstrated their overwhelming opposition to Jovenel Moïse with massive protests and general strikes calling for his departure from office,” explains the letter. “Since February 7 Jovenel Moïse has been occupying the presidential palace in Port-au-Prince in defiance of the overwhelming majority of the country’s institutions.”

Haiti’s parliament was disbanded at the beginning of 2020 because Moïse failed to hold elections. Soon after he began rewriting the constitution in violation of the law. Over the past few months, Moïse has released presidential decrees criminalizing protest blockades as “terrorism” and establishing a new intelligence agency empowered to infiltrate and arrest anyone engaged in “subversive” acts or threatening “state security.”

Canadian officials have barely criticized any of Moïse’s authoritarian measures. On the contrary, Ottawa has backed him at nearly every turn. Canada continues to finance, train and legitimize a Haitian police force that violently maintains Moïse in power. Canadian Ambassador Stuart Savage recently met the controversial new head of police Leon Charles to discuss “reinvigorating the police.”

Charles headed the police force in the 17 months following the 2004 coup backed by the U.S., France and Canada that ousted elected president Jean-Bertrand Aristide. In one example of his repressive tendencies, Charles referred to the police campaign waged against neighbourhoods supporting the ousted president as a “war.” According to cables released by WikiLeaks following the coup, U.S. officials privately reported that “Charles was unwilling or unable to discipline or arrest officers that everybody knows are corrupt and colluding with the kidnappers.”

To commemorate the anniversary of the 2004 coup and mark the end of Black History Month, CFPI is hosting a discussion of the film Haiti Betrayed on Feb. 28. Probably the best documentary ever made on Canadian foreign policy, Elaine Briere’s film is a powerful indictment of Canada’s role in the coup and subsequent policy in the country.

If you want to understand Canadian policy in a country that delivered an important blow to slavery, there’s no better place to start than with Haiti Betrayed. The CFPI hopes you will join with us in challenging Canada’s role in a country that was birthed through the largest successful slave revolt in human history.

On Feb. 28, 2021, the Canadian Foreign Policy Institute is hosting a discussion of Haiti Betrayed. The film is available to watch for free for those who register in advance.