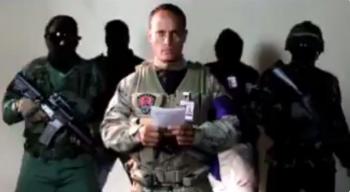 An overwhelming majority of Venezuelans say they are unwilling to join violent opposition protests, according to a new survey.

Conducted by pollster Datanalisis, the survey found 85 percent of Venezuelans oppose participating in the “guarimbas” – a form of opposition protest involving barricading streets, and often resulting in clashes with state security forces. These protests have characterised anti-government demonstrations in Venezuela since 2014, and have long been controversial as flashpoints of violence. Only around 2-3 percent of the population actively supports the guarimbas and similar forms of violent protest, according to Datanalisis.

The new figures call into question the opposition’s claims of having the support of the overwhelming majority of Venezuelans, amid an economic downturn and political crisis. For three months, Venezuela has been mired in political violence, with around 100 people dying amid the unrest.

The opposition is demanding President Nicolas Maduro leave office early, and some on the country’s right-wing have suggested calling for strikes and work stoppages. According to Datanalisis, only around 37 percent of Venezuelans would consider joining such a strike.

By Whitnet Webb, Mint Press News, June 29, 2017
Opposition efforts to topple Venezuelan President Nicolas Maduro’s government are rapidly heating up, as months upon months of opposition protests have failed to make the inroads desired by the more extremist elements of the opposition and their foreign backers, particularly the United States.
With the current government still hanging on to power despite years of economic sabotage and the funneling of millions from the U.S. to right-wing Venezuelan opposition parties, those determined to see Maduro removed from power have now turned to more drastic, violent measures in order to spark a coup.
On Tuesday, one of the more dramatic incidents of the most recent phase of the Venezuelan crisis took place when a stolen police helicopter opened fire on the Supreme Court and the Interior Ministry. At the time the attack occurred – about 5 p.m. local time – there were an estimated 80 people still inside the Interior Ministry and the Supreme Court was in session. No deaths or injuries were reported, a fact that the Venezuelan government attributed to a quick response by national guard forces, who repelled the attacking helicopter before it could do more damage.
continue to full story
Posted July 14, 2017