BAI Letter on corruption and #PetroCaribeChallenge 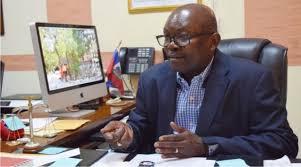 (English Translation of the original letter released on Sept. 18, 2018 provided by the Institute for Justice & Democracy in Haiti, IJDH)

BAI notes that since last August 14, following the question raised on social networks by a citizen in a hashtag #petrocaribechallenge asking: where is the money from Petro Caribe? Haitian citizens, especially young people, have mobilized on social networks and in the streets to denounce impunity and corruption in the management of the petro caribe fund.

On August 24, citizens gathered in front of the Superior Court of Accounts and Administrative Litigation (CSC / CA) to demand that light be made on the US $ 3.8 billion squandered petro caribe fund. Since then, citizen mobilization has intensified throughout the country for the restitution of this money and the arrest of the squanders of this fund which was destined to the development of Haiti, according to the terms of reference of the Petro Caribe agreement signed in 2006 between the Venezuelan State and the Haitian State.

BAI regrets that police authorities make agents of the National Police of Haiti (PNH) their instruments of indiscriminate violence to quell the popular mobilization, including the tear gas bombing of citizens on the road to Bois Verna who were demonstrating peacefully against the looting this money.

BAI believes that the violent behavior of the police towards these protesters is not in the perspective of the potentates of the Parti Haïtien tèt kale (PHTK) in power, including Mr. Jovenel Moise who said in France that the petro caribe file is a case of political persecution.

BAI wishes to remind the police that the HNP does not have the mission related to the interests of the ruling classes and corrupt officials to asphyxiate, beat up or shoot at close range citizens who ask for count or watch out for them. conditions in which state funds have been used by the authorities to whom they have been entrusted with the management of these funds.

BAI also recalls that corruption is an act of massive violation of human rights. Human rights defenders, wherever they may be in the world, should not tolerate the state money that should be used to build hospitals, schools, decent housing, mentor small farmers to guarantee economic, social and cultural rights of the Haitian people, either stolen or squandered.

BAI urges the authorities of the Conseil Supérieur de la Police Nationale (CSPN) to recover because the law requires them to secure citizens in the free exercise of their public freedoms, not to bludgeon them.

BAI welcomes young academics, schoolchildren, peasants and those from working class neighborhoods who decide to take charge of their common destiny of fighting corruption, impunity and social justice.