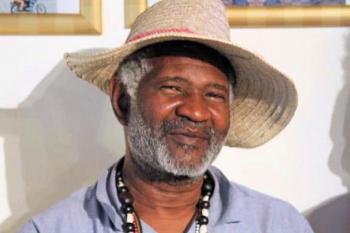 A library has fallen in Haiti.

He was a reporter for some 40 years. Pascal established himself as one of the finest journalists in Haiti as he broke many stories, for which authorities arrested and tortured him before forcing him into exile.

Pascal was often called a library because he was a repository of information.

Monique Clesca, a 67-year-old former journalist, who knew Pascal for over 35 years, spoke fondly about the various things she learned from him.

“I have a profound knowledge and understanding of the country because of Konpè Filo,” Clesca said. “Filo was someone who put you in front of the truth. He presented it to farmers, to everyone. And we were like sponges learning. Filo – it’s like a library fell because of the amount of knowledge he had, the number of people he knew. He knew people from everywhere. A great man left us. We lost a lot. Haiti lost a lot. There aren’t many Filos in the world.”

She introduced herself to him after he had made a mistake on the radio. After Clesca told Pascal about his error, he later corrected himself on-air. Not only was Pascal a journalist with integrity, he was also kind and wasn’t running after wealth nor power, Clesca said. As a wise grandfather, he genuinely wanted to share what he knew with the Haitian population.

In return, the population trusted Pascal and greatly appreciated his reporting and many admirable characteristics. Now that’s he’s gone, many in Haiti are left inconsolable.

Some believe that Pascal should receive the national recognition of a state-sponsored funeral.

Haitian President Jovenel Moïse also tweeted about Pascal’s death, saying that “the pain is felt in every backyard.”

The exact cause of Pascal’s death remains unknown. Clesca said he was very discreet concerning his health because he didn’t want people to worry about him. There were rumors going around saying that he was seriously ill a couple of weeks ago. Clesca assiduously tried to reach Pascal but never got a hold of him. She even tried to contact him on the eve of his death. The following day, she learned from a friend by phone that he had died.

Clesca is hoping that her fellow Haitians can learn from the legacy Pascal left behind him.

“For us who are left behind, if we can have a bit of the humility, a minimum of the generosity Konpè Filo had, the country would be okay,” she said. “He was a guy who lived to love. Condolences to all of us – a lot of us are orphans now. When you knew this guy that wasn’t to be taken lightly, it was intense.”

An earlier version of this article was published on the Haitian Times website.