Illegally ousted anti-corruption chief: “We have a dictatorship taking shape” 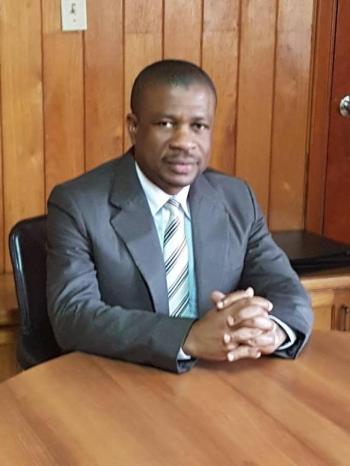 Last week, Haitian President Jovenel Moïse named two political allies to take over Haiti’s two anti-corruption offices. One of the anti-corruption units alleges in a report last year that Moïse laundered millions of dollars through his banana-exporting agribusiness between 2007 to 2013, while the other issued a confidential report investigating irregular banking activity by Moïse.

On Jul. 6, Moïse illegally fired for the second time Sonel Jean-François, the director general of the Central Financial Intelligence Unit (UCREF), an office set up in 2001 to investigate money-laundering. In August 2016, UCREF published a 68-page report which charged that Jovenel Moïse, then the CEO of Agritrans, had likely laundered some $6 million through his company. The report led to an indictment which is supposedly still being pursued by the Haitian justice system.

UCREF’s director is supposed to serve a three year term, which began in May 2016. Moïse had originally tried to fire Jean-François on Apr. 19, but outcry against the premature, illegal ouster was fierce. Jean-François’ proposed successor, former Central Bank governor Fritz Jean, refused to accept the post, citing “reservations,” according to presidential spokesman Lucien Jura.

Jean-François continued heading UCREF until last Thursday, when he learned in a phone call from a friend that he had been replaced by Joseph Oldy Bellegarde, a functionary placed as UCREF’s Director of Operations by President Michel Martelly, Moïse’s predecessor and mentor. “I received no official communication about my ouster,” Jean-François told Haïti Liberté in a long interview.

On Jul. 7, Moïse published a decree in Le Moniteur, the government’s journal of record, also replacing former Port-au-Prince prosecutor and former head of the Higher Council of Judiciary Power (CSPJ) Lionel Constant Bourgoin as head of the Anti-Corruption Unit (ULCC) with Maj. David Bazile, who sits on the board of Moïse’s Haitian Bald Headed Party (PHTK). Bazile was Martelly’s Interior Minister.

Bourgoin’s ULCC was also investigating Moïse’s fishy finances. “Two loans — one for $600,000 and another for 19 million Haitian gourdes, or about $436,064 at the time — were among several problematic transactions flagged in a 47-page [ULCC] report about state-owned Haitian Popular Bank lending practices,” wrote the Miami Herald. “The confidential report, seen by the Herald, notes that both of Moïse’s loans are delinquent and were quickly approved without following normal procedures and guarantees. It notes that the loans were approved even before Moïse had completed the applications and before the bank had received the paperwork.”

“We have a dictatorship taking shape,” Sonel Jean-François said. “That is what happens when one person controls all the power. As Montesquieu said, you need power to check power. When one power oversteps, another power must check it. For example, in the United States, President Trump took a controversial, possibly illegal, decision. So the judicial branch had to sanction that decision. It is a system of checks and balances.

Having won the presidency with less than 10% of the electorate in a record-low voter turn-out in November 2016, Moïse and the PHTK have concocted a “Caravan for Change,” a multi-million dollar multi-month campaign which aims to generate support for his political agenda. Hundreds of official vehicles converge on a city where stages have been built, and popular musical bands play in a Carnavalesque atmosphere. At the end, Moïse delivers a speech for the occasion. It is similar to the multiple Carnavals that Martelly used to sponsor.

“Now we have this Caravan happening,” Jean-François continued. “It would be good if we had independent institutions like UCREF and ULCC to look into the money being spent, to see if there is any corruption or money-laundering being carried out in the framework of this so-called Caravan, where a lot of cash is being distributed.”

“Unfortunately,” he said, “they have put a PHTK leader at the head of the ULCC, and the [Moïse-allied] Parliament passed a law which puts UCREF completely under [PHTK] control with a director general who is completely at their service. Thus all the watch-dog institutions are unsound right when we are seeing corruption and embezzlement on the rise. Look at what happened with the PetroCaribe fund where a lot of money was spent corruptly, there were many projects which were never completed... Now the President has declared a state of emergency... so they can take control of all of these [watch-dog] institution so they can’t do the job of monitoring that the law requires of them.”