New vaccine launched in Haiti could save up to 270,000 children a year 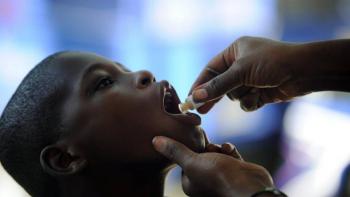 A boy receives the second dose of the vaccine against cholera in Saut d’Eau, in the Central Plateau of Haiti, part of the United Nations’ second phase of a vaccination campaign. HECTOR RETAMAL AFP/Getty Images

Haiti on Monday launched the introduction of another vaccine, this one to protect children against deadly pneumonia.

The Ministry of Public Health said it will introduce the pneumococcal conjugate vaccine (or PCV) into its national routine immunization program.

The vaccine is aimed at reaching as many as 270,000 Haitian children each year, who will now be eligible to receive the protection against pneumococcal disease, an infection that causes several serious illnesses including bacterial meningitis and pneumonia. Pneumonia is the leading disease killing children under age 5 worldwide.

In Haiti, 69 of every 1,000 children die from a variety of illnesses before their fifth birthday.

Support for the vaccine is being provided by Gavi, a public-private international vaccine alliance that helps low-resource countries like Haiti access life-saving vaccinations. Gavi has committed $43 million to Haiti, and has called on Haiti’s leaders to increase spending on immunizations and health.

Haiti today has one of the lowest immunization rates — 60 percent — in the Western Hemisphere against childhood diphtheria, tetanus and pertussis.

Among the vaccines Gavi has supported in Haiti: the one for rotavirus, to protect young children against the deadly form of diarrhea. It has also supported several cholera vaccine campaigns since the deadly waterborne virus was introduced by U.N. peacekeepers 10 months after the cataclysmic 2010 earthquake.