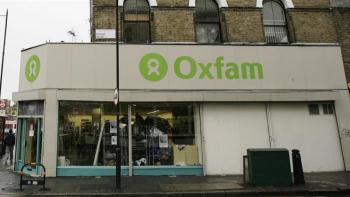 Haiti has permanently banned UK-based charity Oxfam from operating in the country following allegations of sexual misconduct by its employees while working in the country in the aftermath of the devastating January 2010 earthquake.

A government statement said on Wednesday that the action, which followed a temporary suspension in February, was taken because of Oxfam's "violation of Haitian legislation and serious breach of the principle" of human dignity.

Fleurant said a draft law was being prepared to provide closer control over, and coordination with, the many foreign aid groups operating in the country.

Oxfam, which had been present in Haiti since 1978, fired four workers in 2011 for "gross misconduct" and three others were allowed to quit after a whistle-blower accused staff members of misconduct while working in the country after the 2010 earthquake.

A 2011 Oxfam report, made public this year, said the group's then-country director, Roland van Hauwermeiren, had admitted to paying for sex and that three staff members had physically threatened a witness.

Oxfam Great Britain Chief Executive Mark Goldring announced his resignation last month, saying that someone else should help "rebuild" the group following the scandal in Haiti.

The aid group has seen its funding plummet amid the damaging revelations.

The scandal sparked additional claims about aid workers in Chad, Bangladesh, Nepal and the Philippines, prompting Oxfam to launch a global action plan against sexual harassment and abuse.