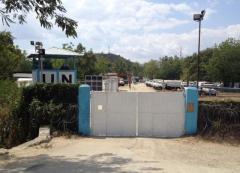 UNITED NATIONS — A group of scientists who investigated the source of a cholera epidemic in Haiti that killed thousands of people has concluded that U.N. peacekeepers from Nepal probably introduced the strain into the Haitian population. In a report, the scientists concluded that the 2010 outbreak was not the result of “deliberate action” and was caused by a “confluence of factors.”

The findings marked a major retreat by the experts, who were part of an independent panel appointed by the United Nations and who had concluded just two years ago that incomplete evidence and the myriad factors in the epidemic’s spread — including inadequate water and sanitation infrastructure — made it impossible to assign responsibility for the introduction of the strain. Since then, the experts said, they have obtained new evidence, including microbiological samples.