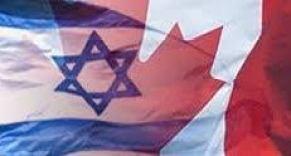 NDP leader Jagmeet Singh’s call for an arms embargo on Israel is a positive development. But, with tens of thousands taking to the streets across the country on Saturday we should expect more forthright efforts to stop Israeli violence, which has killed well over 220 Palestinians, including 64 children, in the past ten days.

Below are 10 demands the NDP and progressive activists could promote to end Canadian complicity with Israeli violence and Palestinian dispossession:

These are issues that confront the role of this country in enabling the oppression of Palestinians. It’s time progressive Canadians take off their rose-coloured glasses and criticize the bad things our country does in the world.

While some may consider it unrealistic to expect Singh and others to take up these proposals, this ignores how quickly the NDP leader has shifted his position in recent weeks. A few days before the April 9-11 NDP convention Singh refused to mention Palestinians when asked repeatedly by a CBC interviewer and instead referred to anti-Semitism five times. But a little over a month later Singh was organizing a press conference to call for an arms embargo on Israel and raising the issue during question period in the House of Commons. Since then, he has promoted a party petition calling for an arms embargo on Israel and used the campaign to fundraise for the NDP!

A mix of outside pressure, NDP members passing a resolution, and a flare up of violence in the Middle East shifted Singh’s position dramatically within weeks. So why couldn’t he be pressed into supporting proposals rooted in applying Canadian and international law and which have widespread NDP backing?

Support for a more forthright policy on Palestinian rights exists within and beyond the NDP as seen with the recent outpouring of pro-Palestinian energy across Canadian streets. It is also likely a vote-getter in many communities. But, to have a chance of this happening the organized pro-Palestinian movement needs to channel righteous outrage towards Canada’s substantial complicity in Palestinian dispossession.