Aid or trade? The nefarious effects of U.S. policies in Haiti 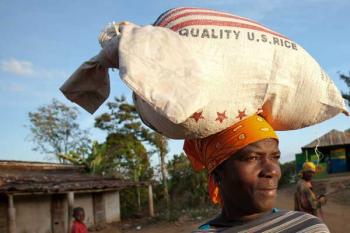 U.S. aid and trade policies related to hunger and Haitian agriculture over the past three decades are incoherent and contradictory, at best, and have been correctly characterized as “disastrous” and “greed[y].”

Because some 50% to 60% of the population still makes their living in the agricultural sector, these policies have had extremely negative effects on the economy at large. For example, a 2006 study from Christian Aid estimated that 831,900 people had been directly affected by the 1995 lowering of tariffs that once protected Haitian sugar, rice, and chicken.

Read the full article and see photos at the weblink above