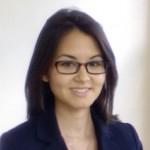 Dec. 12, 2012--This evening, CBC Radio One's As It Happens broadcast a 20-minute interview about the cholera situation in Haiti with staff attorney Beatrice Lindstrom of the Institute for Justice & Democracy in Haiti. The interview focuses on the legal action against the United Nations that the IJDH is helping to spearhead on behalf of the victims of cholera.
As Attorney Lindstrom explains in the interview, the legal action seeks the following:
* A fair hearing before international law of the victims of cholera
* UN assistance in establishing clean water and sanitation systems in Haiti
* Compensation to the families of the victims
* An apology from the United Nations for the reckless conduct of its MINUSTAH mission in Haiti in allowing the cholera bacteria to enter the country and then spread.
The interview came one day after UN Secretary-General Ban Ki-Moon announced an initial pledge of $215 million towards the Secretary-General’s Initiative to Eliminate Cholera from Haiti. The Initiative will support a plan to eliminate cholera whose details will be elaborated in early 2013. The plan is being launched in the name of the governments of Haiti and the Dominican Republic.
To listen to the interview with Beatrice Lindstrom, go to this CBC web link and click on "Listen." Below is the text of the press release of the Institute for Justice and Democracy in Haiti on the Secretary-Genera's initiative.
Just Foreign Policy has created an innovative and informative Haiti Cholera Counter on its website that lists the vital statistics of Haiti's cholera epidemic. The counter is now featured on the website of the Canada Haiti Action Network.

December 12, 2012, Port-au-Prince, Boston — The Bureau des Avocats Internationaux (BAI) and the Institute for Justice & Democracy in Haiti (IJDH) welcome the Secretary-General’s Initiative to eliminate cholera from Haiti launched at the United Nations (UN) yesterday as an important first step toward justice for victims of the ongoing epidemic. The Initiative supports a joint plan to be announced next month aimed at eliminating cholera on the island of Hispaniola over a ten-year period through healthcare, public education and clean water and sanitation infrastructure.

The plan to eliminate cholera reflects one of the key remedies sought in claims filed against the UN by the organizations on behalf of 5,000 victims of cholera in Haiti in November 2011.  Extensive evidence has established that the outbreak was caused by poor UN sanitation practices that allowed untreated human waste from soldiers deployed from a cholera-endemic country to leak into Haiti’s central river system.

“As our complaint explained, the UN has an obligation to control the cholera outbreak caused by its malfeasance. We are pleased that the UN is finally taking steps consistent with its legal obligations, but more resources are needed and there needs to be more urgency. In the two years it took to launch this initiative—which partially funds a plan to be announced later—over 7700 Haitians have died. Haitians will continue to die from UN cholera until clean water and sanitation is actually installed,” said Mario Joseph, lead counsel for the petitioners and Managing Attorney of the BAI.

According to Secretary-General Ban Ki-Moon, bilateral and multilateral donors have made available $215 million in existing funds to support the elimination efforts and the UN is committing $23.5 million in support, which is 10.8% of the total needed.  The Haitian government is expected to announce the details of the full plan in January 2013.

“We welcome the Secretary-General’s Initiative as a positive step towards preventing future cholera deaths,” said Brian Concannon, Director of IJDH and co-counsel for the petitioners. “But a just response requires allowing past victims of the UN cholera and their survivors their day in court, to seek justice for their loss of loved ones, income, property and educational opportunities.”

In the past week, over 6,600 people from around the world have signed a petition sponsored by Filmmaker Oliver Stone and the organization Just Foreign Policy that stresses the organization's refusal to accept responsibility and calls on the Secretary-General to act quickly.

"Continued UN denial and silence on the issue of responsibility only harms the organization's long-term moral credibility. Everyone is waiting on the UN to do the right thing and accept responsibility for the epidemic," said Beatrice Lindstrom, Staff Attorney at IJDH.