Bernard Belle-Fleur, latest journalist to be gunned down in Haiti 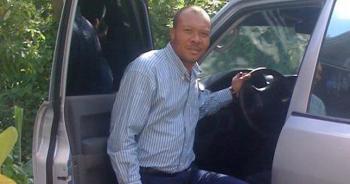 Journalist Bernard Belle-Fleur, operator of Télé Soleil and Radio Nationale d'Haïti, was shot dead in circumstances not clear on the evening of Saturday, November 9, 2019.

The journalist was on his way home to Meyotte, a district in Port-au-Prince, and was shot and killed around 7PM by several bullets according to family. Multiple reports say the shooter or shooters were on motorcycle.

A Radio Soleil journalist, Pierre Richard Midy, told news agency, Rezo Nòdwès, that he himself has been the subject of serious threats in recent days.

The Ministry of Communication responded to the news of the death of Belle-Fleur, who also worked for State radio, Radio Nationale d'Haiti. The ministry said with a post to its Twitter account, "All our respectful sympathies to the family of Mr. Bernard Bellefleur, employee of the RNH, murdered in the night of November 9, 2019 while trying to return home. This sudden and sudden disappearance leaves a big void within the RNH team."