Biased coverage of foreign affairs should be criticized 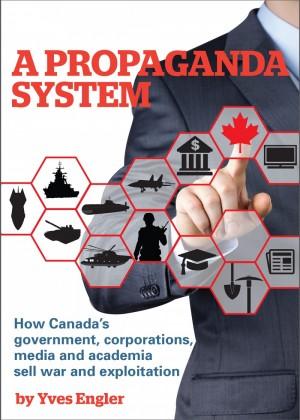 In no area of coverage is Canadian media more biased than in international affairs. Send more weapons to fight Russia, Canada is helping Haiti and don’t allow China to buy our strategic minerals — in Argentina — are just some of the messages promoted in recent days. According to the leading newspapers, radio, TV and websites, our country is a force for good, Washington is the leader of something called the “free world” and whatever is good for Canadian corporations is good for all of us.

Powerful structural forces shape the flow of information, as I detail in A Propaganda System: How Canada’s Government, Corporations, Media and Academia Sell War and Exploitation. But within these prevailing structural constraints journalists have some flexibility in whether they “comfort the afflicted and afflict the comfortable” or serve power. Most journalists, at least in principle, believe in reporting the truth and some form of objectivity. This means individuals who complain to journalists about their coverage of foreign affairs can have some effect.

For example, PeaceQuest recently reported on a small victory against the “propaganda system”, which offers an opening for activists to build upon. A PeaceQuest member sent the group’s newsletter titled “Experts used by CBC and others funded by weapons companies” to the public broadcaster’s ombudsperson Jack Nagler. In response, Nagler sent a message to the Editor in Chief of CBC News saying journalists should reveal that the Canadian Global Affairs Institute is funded by arms firms and the military when quoting David Perry, its president, on military issues.

Whenever Canadian Global Affairs Institute officials are quoted without mentioning their arms industry and military funding people should contact the reporter or their editor to mention the CBC ombudsperson’s decision. If activists press the matter, the ombudsperson’s decision could eventually weaken the militaristic think tank’s sizable influence.

Criticizing journalists can work. In December the CBC’s Evan Dyer published “Haitian commission sends message to Canada, U.S. — stop meddling in our government”. The story was a rare piece of critical coverage of Canadian policy in Haiti in a major media outlet and an important shift for Dyer. In 2016 I wrote “Message to reporters: Do you enjoy being duped?” after Dyer published a story on Haiti. It noted that “Dyer is not the first mainstream reporter to make a mockery of facts and logic when covering Canada’s role in Haiti” and concluded with “I invite readers to email Dyer to ask if he was duped by Canadian officials.”

Another shift took place after I publicly criticized Sue Montgomery who the Montréal Gazette sent to Haiti in the days before the 2004 US/Canada/France coup. A few months after the coup I described Montgomery as “once progressive” in a piece criticizing her coverage of Haiti. The article sparked the hoped-for reaction, contributing to a re-evaluation of her position. Over the next year and a half, she performed a 180° turn on the issue and during the 2006 federal election campaign Montgomery wrote an opinion piece titled “Voters should punish MPs for Haiti”. It argued that Foreign Minister Pierre Pettigrew and the prime minister’s special advisor on Haiti, Denis Coderre, should lose their seats for undermining Haitian democracy.

In fall of 2019 Solidarité Québec-Haiti founder Marie Dimanche and I met Radio-Canada reporter Luc Chartrand before he left for Haiti. After returning from the Caribbean nation, Chartrand did a report where he mentioned that Canada, France and the US were targeted by protesters. But he suggested the reason Haitians were criticizing those countries was because they were major donors to Haiti. I wrote a piece criticizing Chartrand, noting that “seconds before Chartrand talked about protesters targeting the Canada-France-US ‘aid donors’ he mentioned a multi-billion dollar Venezuelan aid program (accountability for corruption in the subsidized Venezuelan oil program is an important demand of protesters). So, if they are angry with ‘aid donors’ why aren’t Haitians protesters targeting Venezuela?”

Two months later Chartrand produced maybe the single most important investigation by a major outlet into Canadian imperialism in Haiti. On Radio-Canada’s flagship news program “Enquête” Chartrand interviewed Denis Paradis, the Liberal minister responsible for organizing the 2003 Ottawa initiative on Haiti meeting where US, French and Canada officials discussed overthrowing Haiti’s elected government and placing the country under UN trusteeship. Paradis admitted no Haitian officials were invited to discuss their own country’s future during the get together. Chartrand also interviewed Solidarité Québec-Haïti member Jean Saint-Vil who offered a critical perspective about the discussion to oust President Jean-Bertrand Aristide. Additionally, the program linked the Ottawa Initiative meeting to the “Core Group” of foreign ambassadors in Haiti, which was framed as the power behind unpopular President Jovenel Moise.

I can’t say for certain that publicly criticizing – combined with providing information to said journalists – spurred these about faces. But it definitely didn’t hurt. If journalists aren’t pressured by activists/readers they are likely to simply rely on sources within government, corporations, mainstream academia, establishment NGOs or militarist think tanks.

Ideally, media flak campaigns are pursued in an organized fashion. Honest Reporting Canada is an example of a group that monitors the media and successfully engages its supporters to respond to news outlets that fail to toe its anti-Palestinian line. From a humanist and internationalist perspective, British-based Media Lens also mobilizes members to respond to particularly egregious examples of bias.

A flak organization focused on Canadian foreign policy would be a good idea ought to be established. In the meantime, individuals should complain to journalists when they see particularly egregious stories. PeaceQuest has offered us agood place to start the push back. We should criticize journalists every time they quote the Canadian Global Affairs Institute without mentioning its arms or military funding. It is a small thing that could grow into something much bigger.