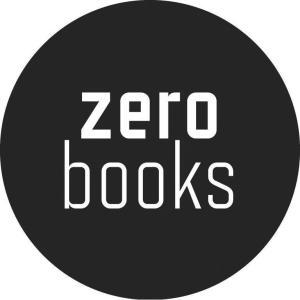 On Wednesday May 26, 2021 Haitian American Karine Jean Pierre, principal deputy press secretary for the Biden White House, took the podium to address questions from the press. Because the centrist Democratic party establishment realizes that showcasing racial diversity in the face of its almost 30 year history of supporting bone crushing policies like NAFTA, GATT, financial deregulation, and the 1994 Crime Bill is necessary, Democrats use demonstrations of neoliberal diversity as their only talisman to keep the fealty of their more ethnically diverse constituency.

The irony of Karine Jean Pierre being celebrated as the latest manifestation of Black Girl Magic for Empire is that Jean-Pierre's Haitian family background will obscure the fact that Joe Biden is currently supporting a political regime in Haiti almost universally loathed by the Haitian people. Jovenel Moise, the current strong man president of Haiti, has been brutally governing Haiti after evidence of not only massive financial corruption, but terror and insecurity proliferating throughout the land with kidnappings, politically motivated assassinations, and rule by Moise's executive decree causing calls for him to evacuate his office.Many Haitians argue his official term in office is over and that Moise now governs unconstitutionally. Because Moise has been a willing dupe to America's hard line agenda against the Maduro regime in Venezuela, he has been viewed by the United States as a valuable check against a potential left leaning tide in Latin and South America.

Compounded with Biden's support for Moise, Biden's administration has carried out an even more extensive Haitian deportation agenda than Donald Trump. In the early months of Biden's presidency more Haitians have been deported than in the whole last year of Trump's presidency. Now because of obvious pressure from the Haitian-American activist community Biden has agreed to extend Temporary Protective Status (TPS) to Haitians while not only supporting the regime causing the current immigration surge, but also after having ramped up Haitian deportation to numbers even unseen under Trump.

This should surprise no one as Joe Biden at one point in his political career remarked, "The whole Island of Haiti could drop into the ocean and it would mean nothing to the United States." Yet now we are all supposed to applaud Biden and American Empire because a tool like Karine Jean Pierre has been chosen to blur the Democratic Party's long treacherous relationship with Haiti going back to the Obama and Clinton Regimes.

The vile utility of Karine Jean Pierre as Biden's Haitian-American mouthpiece will be unclear to many Haitians who will fall into the same tragic trap of "Black faces in High Places," that has so treacherously plagued Black American politics. Ridiculous Black face compradors for the ruling class like Obama and Kamala Harris have been a normative part of the political game for some time now. However, those seeking clarity will hopefully come to realize that this con game is running its course and enemies of the people can come in a whole rainbow of colors and variations of gender and sexual orientation. The Democratic party's identity politics charade is the last card they have to maintain their position as guardians of the left flank of the capital.

The masses of people need to become more aware of how this liberal charade of identity inclusion is merely a smoke screen to keep people in check as the current American reality becomes more and more precarious. Let us all become aware of these contradictions and fight the Empire regardless of the multi-colored players used to control the levers of destruction.