Canada's complicity in the oppression of Palestinians (Webinar) 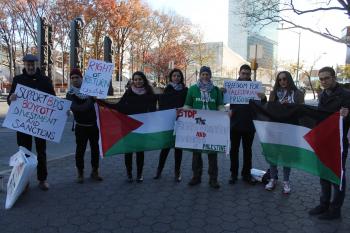 On March 7, 2021, the Palestinian Youth Movement – Vancouver hosted a panel discussion about the myriad ways in which Canada’s government is complicit in the oppression and suffering of the Palestinian people. The panel consisted of NDP MP Niki Ashton, Sheryl Nestel of Independent Jewish Voices Canada and yours truly.

Our discussion was held a few days after Ms. Ashton was unfairly attacked by right-wing, pro-Israel groups in Canada because she has agreed to participate in a virtual conversation with Jeremy Corbyn, the former leader of the U.K. Labour Party. Mr. Corbyn, a lifelong anti-racist who has consistently defended the human rights of Palestinians, has been smeared relentlessly by pro-Israel groups in the United Kingdom and elsewhere.

Our discussion can be viewed here