The Canadian "Evaluation Mission" in Haiti has now returned home 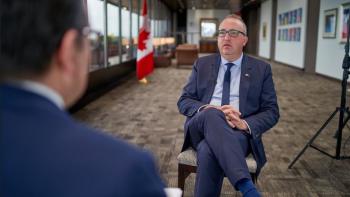 The Canadian ambassador to Haiti said Monday that the team tasked with assessing the situation in the crime-ridden country has now returned to Canada.

Sébastien Carrière revealed the return of this evaluation mission during his testimony before the House of Commons Standing Committee on Foreign Affairs and International Development.

Ambassador Carrière told MPs that this team is already briefing senior officials on its observations on the ground as the Canadian government develops next steps to help Haiti.

Haiti has been in turmoil since the assassination of President Jovenel Moïse last year. Criminal gangs are currently wreaking havoc in the country and the cholera epidemic is worsening.

The United Nations has discussed sending an international armed force to restore order , but Mr. Carrière said Monday that Canada had not yet decided whether it would support such a move.

The Ambassador nevertheless said that many people in Haiti and in the Caribbean region hope that Canada will assume a leadership role in supporting this country.