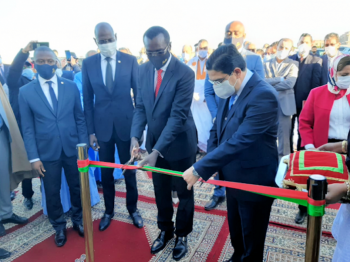 Trump supporters attacking the Capitol on Jan. 6, 2021. The U.S. government has in past decades sponsored such assaults against electoral results it didn’t like, as it did in Haiti from 2001 to 2004. Photo: Alex Gakos

The Jan. 6 attack on the U.S. Capitol was disturbing in itself, but for me it also brought back unwelcome memories of speeding down the street in Gonaïves, Haiti, on New Year’s Day 2004, dodging incoming rocks, amid the thunder of warning shots fired by a security guard in the back seat and less loud but more troubling shots from the other side of the street. My wife and I had come to Gonaïves with colleagues from Haiti and the United States to celebrate the bicentennial of Haiti’s independence. But we ended up caught in an escalating series of attacks, encouraged by the U.S. government, by people who refused to accept Haiti’s 2000 presidential election.

President Jean-Bertrand Aristide had won the election by a landslide, as one Gallup Poll commissioned by the U.S. Agency for International Development (USAID) had predicted, and a subsequent poll confirmed. But the United States and its allies in Haiti refused to accept the results, claiming fraud with more vehemence than evidence. The evidence they did have — the polls — gave the wrong answer, so the polls were classified — not even members of Congress could view them.

The United States funded “civil society” opposition groups in Haiti that staged increasingly disruptive and violent protests. They tried to obstruct, and then spoil Aristide’s inauguration: the opposition even held a ceremony installing a “Parallel President” on inauguration day. That morning, Haitian radio played an interview with the leader of the International Republican Institute (IRI) programs in Haiti, in which he threatened that Aristide could end up like President Laurent Kabila of the Democratic Republic of the Congo, who had been assassinated three weeks earlier.

THE JAN. 6 ATTACK ON THE CAPITOL GAVE US A DISCONCERTING GLIMPSE OF WHAT IS AT STAKE WITH DEMOCRACY’S OVERTHROW.

Despite these efforts, President Aristide was inaugurated, marking the second time an elected president in Haiti had handed power over to an elected successor. But the attacks continued. The U.S. Embassy in Haiti downplayed the attacks as harmless expressions of grievances about election fraud. The civil society groups coordinated their protests with armed groups — with IRI’s help — that staged lethal raids on government officials and buildings, including Haiti’s National Palace and police academy. Disloyal officers inside Haiti’s national police ensured that the police were unprepared for the attacks. Following the raids, the opposition groups publicly dismissed the attacks as false flag operations by Aristide supporters.

The attacks against Aristide combined race with politics. The leaders of the opposition, and many of the protestors, were notably light-skinned by Haitian standards. They referred to Aristide supporters — who were overwhelmingly dark-skinned — as chimères, literally “monsters.” The opposition received its financial and political support from North American and European countries, while the Aristide government received support from South Africa and its Caribbean neighbors.

The attacks continued into 2004, when they spoiled Haiti’s bicentennial, which should have been a global celebration of the world’s first abolition of slavery (only Black heads of state attended). The offensive culminated on Feb. 29, 2004, when President Aristide was forced onto a U.S. plane and whisked to exile in the Central African Republic. The ensuing repression killed over 5,000 Haitians. Seventeen years later, Haiti’s democracy is still off the rails, with no parliament for the last year and an increasingly authoritarian president.

People — especially people of color — all over the world can tell similar disturbing stories. Iran has arguably not had a democratically elected leader since the 1953 CIA-led coup against Mohammad Mossaddegh. When former president George W. Bush denounced the Capitol attack as “how election results are disputed in a banana republic,” he was accurately describing over a century of U.S. interventions in Central America, including the 1954 CIA coup against Guatemalan president Jacobo Arbenz and the Obama administration’s enabling of the 2009 coup against Honduran president Manuel Zelaya.

The United States has admitted involvement in other regime changes in Brazil, the Congo, Chile, Dominican Republic, and South Vietnam. Support for forcing undemocratic regime change abroad has been bipartisan, and widely accepted as the United States’ natural role by our foreign policy establishment.

Supporters of President Trump will try to spoil President-elect Biden’s Jan. 20 inauguration, but they won’t succeed. One lesson that Haiti and other countries offer for the new administration is that succeeding in taking power will not end the attacks, which can persist for years. Another lesson is that undemocratic transfers of power inflict staggering misery that can persist for decades. The Jan. 6 attack on the Capitol gave us a disconcerting glimpse of what is at stake with democracy’s overthrow. People all over the world — again, especially people of color — hope that that glimpse can help us reconsider our practice of destabilizing our global neighbors. Polls show that U.S. voters agree.

The inauguration of a new administration provides a timely opportunity for this reconsideration. As vice president, Biden promisingly opposed the 2011 U.S.-led overthrow of Libya’s Muammar Qaddafi, which unleashed a horrific civil war that continues to this day. As a candidate, he promised to reduce reliance on the use of force and to increase cooperation and diplomacy.

But the president-elect has not yet signaled a commitment to breaking our habit of overruling our neighbors’ electoral choices. Although Biden has nominated people willing to boldly reassess traditional but harmful domestic economic and environmental policies, he has not done so for foreign policy.

His State Department nominees so far are veterans of the Obama administration, where they undoubtedly gained valuable experience and demonstrated competence. But they also supported the administration’s most destructive regime change initiatives, including the Libya overthrow and U.S. support for Saudi Arabia’s catastrophic war in Yemen.

Many foreign policy experts have gained valuable experience and demonstrated competence by getting it right and warning against U.S. interventions that proved disastrous. These people may be outside the foreign policy establishment, but if we are to kick our coup d’état habit, we need their critical voices inside the State Department, at high levels. The State Department nominations this month will show whether they get their chance to improve our foreign policy, and whether the world gets a chance at fewer destructive U.S. interventions.

Brian Concannon Jr. is the Executive Director of Project Blueprint. An earlier version of this article was first published on the website of the Quincy Institute.