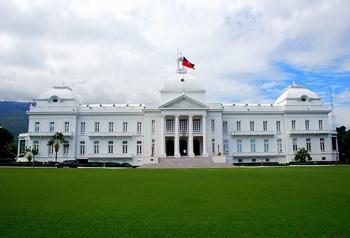 After several weeks of discussion, members of the Citizen's Conference for a Haitian Solution to the Crisis (CCSHC) reached a proposal for a definitive Accord to resolve the crisis.

Read: The "Montana Accords" are available in French only

‘‘ This accord aims to create the conditions for national stability with a view to the return to constitutional normality and the restoration of democratic order. It solemnly enshrines the elements of a consensus, essential for a resolution of the political crisis, "the document reads.

The Accord recommends a twenty-four (24) month transition. The Transitional Government has the task of restoring the regular functioning of the State, strengthening public administration, and guaranteeing the functioning of judicial institutions. It must establish a climate of social peace conducive to the holding of a National Conference and the organization of elections.

The Accord also provides for the establishment of several strategic bodies to facilitate a successful transition: The Monitoring Office (BS) for the implementation of the Accord, the National Transition Council (CNT) for the choice of the President, and the Head of Government and the Transition Control Body (OCT) for the control of the Executive Power.

The National Transitional Council (CNT) will be made up of members appointed by social sectors and political parties. Members from political parties will be chosen on the basis of parity, the document reads.

It is expected that the ten (10) remaining Senators will continue to sit until the end of their term. They will formulate their proposals, opinions and recommendations on all subjects or legislative texts whose treatment generally falls under the attributions of the Senate of the Republic. Their resolutions, however, will not be enforceable.

As part of this agreement, '' the signatory parties agree to contribute to the development of a roadmap for the transition that provides a rapid response to the dramatic situation a majority of the population find themselves in. ''

“This roadmap should establish the main priorities for the transitional government, as well as that of the other strategic bodies set up to steer the transition”. The document continues, “specifying that a schedule will be provided to implement each of the priorities.”

The roadmap will focus in particular on the mechanism of electoral processes, citizen participation in public policies, decentralized management of state affairs, public security, justice and human rights, corruption and impunity, economic emergencies, health and the management of the COVID-19 emergency, the Sovereign National Conference, agriculture and food sovereignty, social protection, education, culture, the environment and the management of risks and disasters, international cooperation and diplomacy, among others.

The Accord, signed on Monday, August 30, 2021,  will enter into force upon signature by the Parties and will be published in the Official Gazette "Le Moniteur" upon the installation of the Transitional Government.

The agreement comes nearly two months after the assassination of former President Jovenel Moïse, which has caused the worsening of the institutional vacuum and dysfunctional government.

The entry into office of a de facto prime minister without a president by order of the Core Group, has not made it possible to normalize the functioning of the powers of the State. In particular, The judicial branch, the executive branch, and the parliament were rendered obsolete by a tweet of the late President Moïse on January 13, 2020 and the non-holding of elections to renew the political staff of this branch of the state.

Read: The "Montana Accords" are available in French only