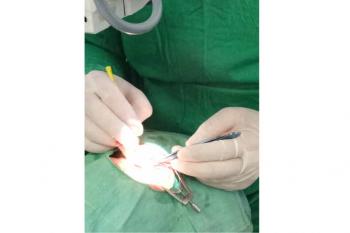 Cuban doctors in Haiti resumed Operacion Milagros (Operation Miracle), one of the main cooperation projects between the two countries, which has restored the vision to some 72,710 patients.

Since 2006, this service has been provided to an average of 5,000 people annually, suffering from pterygium (a disease that damages the conjunctiva and cornea), and cataracts, defined as the opacity of the natural lens of the eye, which is behind of the iris and the pupil.

The strong socio-political unrest that Haiti went through at the end of 2019 stopped this service, specially designed for vulnerable people, who cannot afford consultations and surgeries in the private medical sector, Cuban ophthalmologist Yoardinkis de la Torre told Prensa Latina.

'We started with the pterygium specifically, and then reintroduced the cataract surgery that restores the vision, and the miracle to see a new dawn,' the doctor said.

He said that the population is eager for this service, so they have scheduled 300 monthly operations at La Renaissance hospital, located in the heart of the Haitian capital.

'It is a team that works together. While the surgeries are being performed, a pre-operative line is being made. Twenty-four hours later, this patient is seen by a post-operative team and clinically evaluated to return and follow him or her up,' he told this agency.

At the moment, surgeries are scheduled for Tuesdays and Thursdays, totally free for patients, who arrive from various regions of the country, the specialist confirmed.

With more than 15 years, this humanitarian project, devised by revolutionary leaders Fidel Castro and Hugo Chavez, has improved or restored the vision to more than 6 million low-income people in Latin America, the Caribbean and Africa.