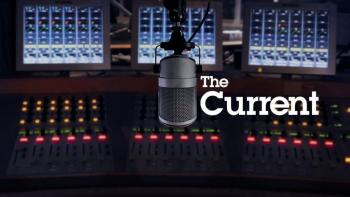 For almost seven months, Palestine solidarity activists in Canada have been engaged in a struggle to hold their national broadcaster, the CBC, to account. On August 18, 2020, CBC’s current affairs program “The Current” carried an interview with Joe Sacco where the host used the word Palestine. This was deleted in the later online version and CBC apologized for Sacco’s language the next day. Following multiple complaints from listeners, it was learnt that CBC’s official language guide promoted this kind of anti-Palestinian bias.

The issue then went to CBC’s Ombudsman who has finally released his review of the case. His lengthy report concluded “that while The Current did not violate journalistic standards, producers made a poor decision in issuing an apology. Even though the original program was at odds with CBC’s usual practice, it would have been better to leave it as is.”

Canada Palestine Association, whose chair was listed as the complainant by the Ombudsman, issued a statement unpacking the review. They noted that:

“The Ombudsman posed 4 questions. Did CBC violate its own journalistic standards. He answered No. Is CBC’s language guide on Palestine reasonable? Yes, it is. Did the on-air apology violate CBC’s standards? No.

But then question number 4: Was the apology reasonable in this instance? The answer was No, despite the CBC staff adhering to the supposedly ‘reasonable’ language guide.

It might appear positive that the Ombudsman conceded that ‘the decision to excise the word Palestine from future editions, and the decision to make the apology, were both unwise.’ But his conclusion is tainted by the fact that this incident is presented as merely an aberration, against a background of otherwise sound CBC policy on language regarding Palestine. As such, this can only be regarded as mere window-dressing.“

Mondoweiss has covered the case extensively. From the original article by David Kattenburg, to the letter campaign by Just Peace Advocates, to the CodePink statement: all of these were documented and all of them contributed to bringing pressure on CBC. Even this limited victory would not have been possible without such sweeping pushback that shamed CBC management. CPA also highlighted this and stated:

“Perhaps the negative and broad backlash generated by this whole controversy was the main reason for the conclusion that the apology was ‘a poor decision.’ Frankly, CBC looked extremely foolish when news of this controversy broke; the more senior management tried to defend it, the more ridiculous they appeared. Even the guest on the show, Joe Sacco, questioned the apology and noted: ‘To whom, exactly, was the CBC apologizing for using the word ‘Palestine’?“

The role of Ombudsman in media outlets like CBC is something that we need to understand more fully. Are they basically gate-keepers and PR front people for their organizations or are they genuine independent arbiters? The result of this case would lead us to conclude the former is true.

The CPA statement questioned if there is an “in-house hasbara unit” at CBC, given the extreme tone of the relevant language clause on Palestine. One section is particularly egregious:

The statement also pointed out that “this whole incident simply highlighted how fundamentally flawed CBC’s language guide is, something the Ombudsman refused to acknowledge; in fact, it was the logical extension and outcome of the dictates in the language guide.”

In my last article in Mondoweiss on this CBC debacle, I speculated whether this investigation would produce any genuine change in CBC’s biased policies. I said, “We hope this will not be a case of the mountain labored and brought forth a mouse, as happened with a previous complaint filed about bias in coverage at CBC.” Regretfully, that is exactly what happened – it produced a mouse.

The issue of whether CBC censors Palestine (or the word Palestine) seemed to be a touchy subject for the Ombudsman, who was insistent that such censorship does not exist. CPA’s response concluded with the following:

“The Ombudsman is adamant that there is no censorship of Palestine at CBC, dismissing such ‘rhetoric’ as ‘simply untrue.’ But what are listeners to understand from a policy that insists staff must not refer to Palestine, must not show a map with Palestine as a country, and must not even use the term pro-Palestine in a generic way? To censor is defined by Merriam-Webster as to ‘suppress or delete as objectionable’; this is exactly what CBC is doing in their language guide.

We know that other listeners have been told several times that CBC guidelines are always being revisited, but to no avail. As the complainant referenced in the Ombudsman’s report, we call on CBC to immediately review its language guide on Palestine and amend it to reflect not only international reality but also to show a commitment to impartiality and follow its declared mission to ‘seek out the truth.’ Their policy as it stands now is both offensive and censorship; its denial of the existence of Palestine as a country, a nation, a people, and a culture with thousands of years of history amounts to institutional and systemic anti-Palestinian racism.