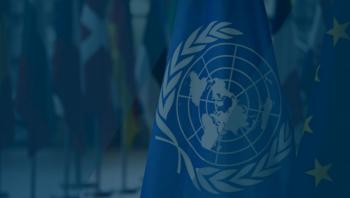 Is Canada breaking international law when it applies to unilateral coercive economic measures, commonly referred to as sanctions?

Most countries and international law experts believe sanctions are only legitimate when approved by the United Nations Security Council or the World Trade Organization. Economic sanctions outside the framework of the UN Charter are generally considered “unilateral” and unlawful.

According to a report by the Asian-African Legal Consultative Organization, “the imposition of unilateral and secondary sanctions on countries through application of national legislation is not-permissible under international law.”

This means that US sanctions on Cuba, Iran, Venezuela, Syria and elsewhere clearly violate the UN Charter. Rather than a nonviolent measure, they are akin to a medieval siege designed to starve a city or fortress into submission.

Unilateral sanctions run afoul of the principle of self-determination and people’s right to development. According to a report written by Idriss Jazairy, former UN Special Rapporteur on the negative impact of the unilateral coercive measures:

Unilateral economic sanctions (as opposed to multilateral UN measures under Chapter VII of the Charter) imposed by one State or group of States on another, to compel the latter to change a particular political or economic policy, could amount to a prohibited intervention and a denial of self-determination.

Similarly, the UN Human Rights Council recently reaffirmed that “unilateral coercive measures are major obstacles to the implementation of the Declaration on the Right to Development.”

Last month, the UNHRC approved a resolution 30 to 15 (with two abstentions) urging all states to stop adopting unilateral sanctions as they impede “the right of individuals and peoples to development.”

In recent years the Canadian government has adopted unilateral sanctions against a host of countries including Venezuela, China, Russia, Nicaragua and others. In a sign of Ottawa’s growing employment of sanctions as a tool of coercive statecraft, Canada adopted legislation modelled after the US Magnitsky Act, while Global Affairs Canada created a Sanctions Policy and Operations Coordination Division in 2018. In the same year, the federal budget earmarked $22.2 million over five years toward the strengthening of Canada’s sanctions regimes.

Alongside the United States, the United Kingdom and the European Union, Canada sanctioned a Chinese state agency and four officials in March, one month after MPs voted to label China’s actions against ethnic minorities in Xinjiang a “genocide.” The assets of these individuals in Canada were frozen and they are now prohibited from travelling here or doing business with Canadian firms.

Two years ago, in coordination with Washington, Canada sanctioned nine Nicaraguan government officials, including ministers and the president of the country’s national assembly. A June 2019 press release written by officials from the US State Department declared “Canada’s sanctions actions today illustrate the international commitment to Nicaraguans’ cause, signaling clearly that President Ortega’s insufficient and self-serving measures are not nearly enough to address Nicaraguans’ demands for democracy, basic rights, and freedom from repression.”

Canada has imposed four rounds of sanctions against Venezuela since 2017. These moves reinforced and legitimated US sanctions that have contributed to tens of thousands of deaths. According to the preliminary report by the current UN Special Rapporteur on the negative impact of unilateral coercive measures, Alena Douhan, “the [Venezuelan] government’s revenue was reported to shrink by 99%, with the country currently living on 1% of its pre-sanctions income,” which has impeded “the ability of Venezuela to respond to the Covid-19 emergency.”

Not only a possible violation of international law, Canada’s first round of sanctions on Venezuela may have actually contravened domestic law. According to lawyer Andrew Dekany, the August 2017 sanctions weren’t in accordance with Canadian legislation stating that international sanctions be adopted only as part of international alliances. As such, the Trump administration aided the Trudeau government by creating the US-Canada “Association Concerning the Situation in Venezuela” to conform to the existing sanctions legislation.

In a Venezuela Analysis article from September 2020, Dekany wrote, “there is no reason for Canada to ‘create’ this association but for its desire to help the US out [by sanctioning Venezuela], having failed to persuade the one obvious organization [Organization of American States] which it had democratically joined to, among other things, act in such a way.”

Partly to sidestep the requirement to sanction in accordance with international institutions, the federal government adopted the Justice for Victims of Corrupt Foreign Officials Act (or the Sergei Magnitsky Law), empowering it to freeze assets or visas and prohibit Canadian companies from dealing with sanctioned individuals.

These sanctions are presented as simply targeting corrupt officials, but they have broader impacts. They dissuade other commercial relations with targeted countries and often legitimate harsher US measures. Whether they are in compliance with the UN Charter is unclear.

In her September report, Douhan questions “the legality of sanctions imposed on individuals and non-State entities, especially due to the proliferation of Magnitsky-like acts.”

Prime Minister Justin Trudeau and his ministers regularly claim to promote a “rules based” global order, yet it’s remarkable how little discussion there is of whether unilateral Canadian sanctions violate international law.