Dominican government rounds up pregnant Haitian women and deports them 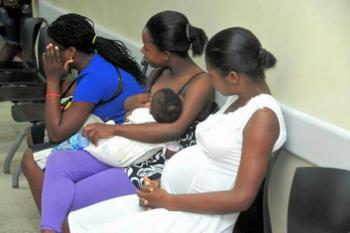 n Nov. 11, Dominican police entered into the medical clinics of the sprawling barrio Los Minas, searching for Haitian women who were pregnant or had recently given birth and were receiving medical attention. They rounded up these women, forced them into buses and deported them to Haiti.

Popular organizations across the Dominican Republic and Haiti are denouncing the latest round of harassment and deportations carried out by the government of Luis Abinader and the Modern Revolutionary Party against the exiled Haitian community in DR. Police penetrating hospitals in search of immigrants is a gross violation of every human rights protocol.

Unfortunately, the latest assault on Haitian dignity is nothing new. The Dominican state has a vested interest in scapegoating the vulnerable Haitian community and playing the blame game. This divide-and-conquer strategy deflects popular ire away from the true enemy of the Dominican people, their own ruling class, which pillages the country’s resources in tandem with foreign corporations. The targeting of Haitians in DR is no different than right-wing xenophobic attacks on Mexicans, immigrants, and Muslims in the U.S..

No Haitian leaves their beautiful, beloved but battered homeland voluntarily. Contrary to the lies and propaganda the mainstream constantly feeds us, Haiti is not poor and does not need our pity. Haiti is an exploited neo-colony of the United States fighting for its definitive liberation. There are many factors that have pushed hundreds of thousands of Haitians to flee to the Dominican Republic. There is a fuel crisis, a recent spate of kidnappings, a capital awash with arms, and repression of a mass anti-imperialist movement. Instead of expressing any solidarity with these struggles, the Dominican military high command sent 11,000 more troops to the border to buttress the Trumpian wall of hatred they are building to further divide the two nations.

Despite all of these challenges, the revolutionary Haitian masses continue to organize and push forward in search of a second Haitian Revolution. Two centuries after the 1804 revolution inspired the enslaved and oppressed of the world, Haitians again yell: “Koupe tèt, Boule kay (Off with the masters’ heads, Burn their mansions), in search of equality and justice in their homeland.