An End to the Illusion of Negotiations 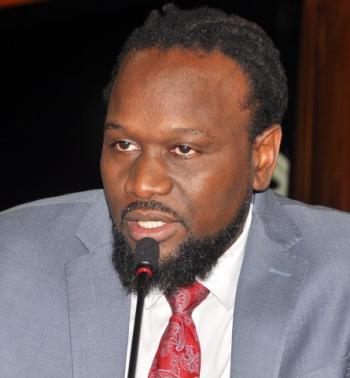 In a press conference given on Tuesday, August 2, 2022, the leaders of the Montana Accord finally threw in the towel. They have no doubt finally realized that the de facto Prime Minister Ariel Henry and his team of the Popular Democratic Sector branch André Michel, Marjorie Michel and Ricard Pierre will not share the “gâteau du pouvoir” with them, as Montana Accord spokesman Ted St Dic so aptly pointed out. "We are facing a power that wants to keep everything to itself, and everything revolves around it" he said.

On this account, the question that arises more than one, is the former senator Nenel Cassy who broke his relations with the Musseau Agreement, will he join the camp of the Montana team -PEN-GREH?

It should be noted that the "Matris Liberasyon" movement of former senator Antonio Cheramy, very close to Dimitri Vorbe, had suggested to its Montana partners in a press release dated August 1 to drop the dialogue process because it will not lead to anything.

Cheramy also proposed to the members of the BSA to convene all the signatories of the Montana accord to engage in mobilization movements capable of ousting Henry’s “Musseau Accord” Coalition so that they themselves can recover their “piece of the cake”.

The whole political class has failed. Let the politicians of Montana and those of Musseau who cannot reach an agreement, stop their cynical game and let the oppressed masses with their progressive organizations take care of the destinies of the nation.

Translated and edited for clarity by CHIP co-editors