Fanmi Lavalas closes the door on the Montana Accord? 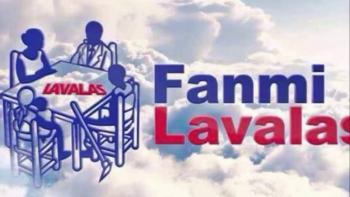 The political organization Fanmi Lavalas has withdrawn from the National Transition Committee (CNT), the committee mandated to choose a president and a prime minister within the framework of the Montana agreement. Jean Bertrand Aristide’s party sent an open letter to the Agreement Monitoring Office (BSA) to notify them of the decision. The authenticity of the letter circulating online has been confirmed by party spokesman Jodson Dirogene.

The party justifies its decision because of the choice of political party leaders to lead the transition. “The Political organization Fanmi Lavalas salutes the members of the Montana Accord Monitoring Office (BSA) and takes this opportunity to remind them of the concerns raised by the organization in its letter dated December 6, 2021 which has remained unanswered. Concerns which were again the subject of a clarification meeting with the BSA on January 23, 2022. At this meeting we reiterated the position of Fanmi Lavalas for “a transition of rupture with a government of public safety composed of honest, competent and non-partisan personalities, coming from different sectors of the country and the diaspora, who will strive to work for the well-being of the population”.

We also expressed our disagreements on “the choice of leaders of political parties to lead the transition and, in particular, to organize elections in which their own political parties will participate, thereby creating a situation of conflict of interest: the objective being a transition conducted in an impartial and non-partisan manner,” the correspondence read.

“We note that, despite everything, the National Transitional Council (CNT) is continuing with the election calendar without waiting to reach a broader and more solid consensus of civil society to engage in the transitional rupture to which Fanmi Lavalas adhered in signing the August 30 Agreement, even if that would mean revising the procedure. Nothing is more important than ensuring compliance with the August 30 Accord for the success of the disruptive transition. Under these conditions, Fanmi Lavalas, in order to remain consistent with its line in accordance with the desires of the population, is obliged to withdraw its members Joël-Edouard Vorbe and Jodson Dirogène from the National Transitional Council upon receipt of this “.

The letter is signed by Maryse Narcisse, Joel Edouard Vorbe, Jean Myrto Julien and Anthony Dessources. The signatories, however, say they hope that the parties will manage to harmonize their differences in the search for consensus.