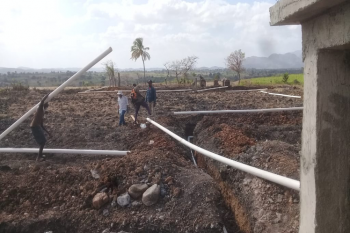 Farmers' organizations denounced the land grabbing and looting of properties, promoted by the Government of Haiti, during a forum that closes its doors today in the central province of Hinche.

The recent claim responds to the granting by presidential decree of more than 8,600 hectares of agricultural land to establish the Savane Diane Agro-industrial Free Zone, which will produce the sweetener stevia for the transnational Coca Cola.

In addition, farmers' movements, social and feminist organizations warned that Executive decision aggravates the situation of tens of thousands of families working for food sovereignty, as the State fails to implement policies, social and environmental issues favorable to the development of agroe-cological agriculture.

'After Duvalier, farmers were victims of several massacres, the most famous of which is that of Jean-Rabel, on July 23, 1987.

Jean Baptiste assured that the Government's actions seek to eliminate rural agriculture in Haiti, to the benefit of the industries in this sector and the development of mining.

'The objective of this anti-farmers policy is to transfer the land to transnational companies, to continue plundering the country', said economist Camille Chalmers.