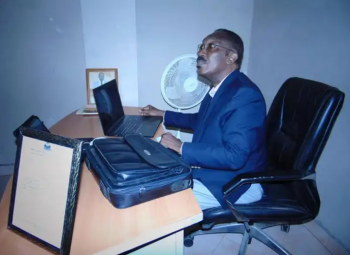 Anthony Dessources, a former Minister under the administration of René Préval and a member of the Executive Committee of the Fanmi Lavalas organization, was kidnapped on Saturday in Puits-Blain. According to reports, he was abducted along with Ronald Germain , a relative.

The insecurity in Port-au-Prince is characterized by cases of spectacular assassinations, serial kidnappings, and armed conflicts. This is testimony to the recklessness of the de facto authorities who are passive watching the collapse of society.

Yet another case of kidnapping recorded in Delmas, less than 24 hours after the tragic assassination of former presidential candidate and businessman Éric Jean-Baptiste in Laboule, reflects the state of permanent insecurity maintained by criminal elements.

On condition of anonymity, a senior Fanmi Lavalas official confirmed the kidnapping of agronomist Anthony Dessources and Ronald Germain on Saturday in the Puits-Blain district. The source had no information on the identity of the criminal group responsible for the kidnapping.

For some time now, the residential district of Puits-Blain has been experiencing a resurgence of kidnappings, residents report. Dessources was kidnapped less than 24 hours after Christina Fignolé was abducted .

In Port-au-Prince, the police do not have a significant presence in certain areas which further emboldens the kidnappers. Furthermore, it should be noted that no official communication from the Fanmi Lavalas party has been published regarding Dessources' kidnapping.