A formula for equity: Sharing the wealth and doing our part 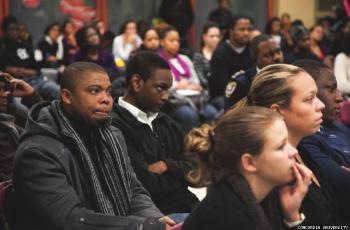 To understand where we are now in terms of contemporary politics and economics, we need to both learn from the past and understand the present in historical context. The primary concern is with the growth in inequality worldwide over the last five decades. Regardless of culture, political system, and economic structure, the (very) rich everywhere are getting (even) richer, while the poor and those in the middle are not.

In many countries, the “top” one percent of people now enjoy a significantly higher percentage of the wealth available to the entire society to which they belong. In the US, the wealthiest one percent of American households own 40% of the country’s wealth, according to economist Edward Wolff. That’s 40 shares of a pie with 100 shares, the highest it has been since at least 1962.

From 2013, the share of wealth owned by the 1% shot up by nearly three percentage points. Wealth owned by the bottom 90%, meanwhile, fell over the same period. In 2017, the top 1% of households owned more wealth than the bottom 90% combined. That gap between the ultra-wealthy and everyone else became wider in the past several decades. The bottom 20% of the population, the poorest, has -1 share of the pie because their net worth is negative.

In Canada, the top 1% of the population took up 16% of the pie. The bottom 20% also has a negative net worth, with -1/10 of 1 share. This means the wealth inequality is still high in Canada, but not as extreme compared to the US. In other words, if you are in the bottom 20% in North America, you are better off being in Canada since these two countries experience about the same standards of living.

This suggests that reaching equity — or the triple aim of Equity, Diversity and Inclusion (EDI) — is an elusive goal. Equity takes difference into account to ensure a fair process and outcome. It recognizes that some groups were (and are) disadvantaged in accessing educational, employment and financial opportunities. These groups are underrepresented or marginalized in many organizations and institutions. Equity, therefore, means decreasing inequality by ameliorating conditions of disadvantaged groups.

Diversity can be defined as the sum of the ways that people are both alike and different. It is about embracing the uniqueness of each individual. Inclusion somewhat relates to equity given that it means an environment in which all individuals are treated fairly and respectfully; are valued for their distinctive skills, experiences, and perspectives; have equal access to resources and opportunities; and can contribute fully to an organization’s success.

As in the US, Black immigrants earn about 8% more than Canadian-born Blacks, so the gap is not as large as in the US. In the case of Canada, this could be partly explained by the fact that 37% of Black immigrant women work in the health care sector, where average wages are higher for nurses than for other occupations. For example, 53% of Black female immigrants from Haiti were employed in the Canadian health care sector. It is likely to be the same scenario in the US.

Looking at this data elicits two points. First, EDI (or DEI in the US) cannot be separated from the racial and economic issues. Second, every party has to contribute to make EDI become a reality.

To overcome the current political-economic situation of extreme inequality, Piketty, a well-known and famous French Economist, proposes nothing less than a “participatory socialism” with transnational economic order based on high and progressive taxes on income, wealth and CO2. The resulting state revenues should be invested in an egalitarian education system and guarantee every citizen a basic stock of wealth. Companies would need to be managed cooperatively. Wealth taxes would also give property in general a tendency to be temporary.

In Piketty’s view, these redistribution policies must be linked to more intensive transnational cooperation, like a European assembly with powers to conduct EU-wide tax policy.

Without fully espousing Piketty’s ideas, I argue that, in addition to working to give equal access to resources and opportunities to marginalized and racialized groups, the increasing inequality observed cannot be addressed without raising taxes on the ultra-big corporations, increasing income tax rates, and establishing a wealth tax on the 1% at the transnational level. Without implementing these additional measures, participatory socialism will not work because of globalization and capital mobility.

In fact, if only a couple of countries decide to implement such a policy, they will lose their comparative advantages and suffer economic decline because they will be shunned by the wealthiest and big investors.

Step up and do your part

The fact that the income of Black immigrants in the US and Canada is higher than that of US-born and Canadian-born Blacks is somewhat puzzling. Apart from the healthcare explanation, are there other reasons for this phenomenon? Is it also because Black immigrants try harder in general to make ends meet or are less risk-averse?

If so, this would suggest that, on top of EDI measures that can be put in place, racialized groups have a responsibility to step up and grab these opportunities. It’s about giving the appropriate tools to these groups to ensure their success, and not giving them directly and unconditionally resources for a decent standard of living. The Providence-State is not the way because it will not have enough resources to increasingly give money to the less fortunate to decrease inequality.

Every member of society has to do their part. Otherwise, inequality will never end.

Ruolz Ariste, Ph.D., is an adjunct professor at Université Laval in Québec. He is affiliated with the Department of Operations and Decision Systems. He writes opinion pieces about matters of interest to the community in Canada and the U.S. He is based in the Ottawa area.