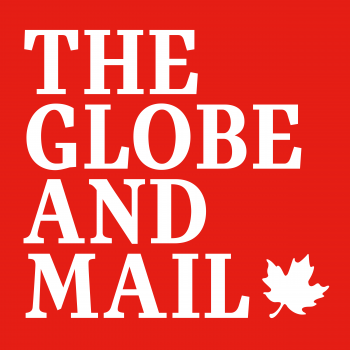 It’s curious how Globe and Mail reporters troubled by foreign influence over Canadian politics regularly turn to US-government-funded groups in this country. Are they aware of this irony? Or is their purported concern about foreign influence really about demonizing China?

According to a recent article by Robert Fife and Steven Chase, the Trudeau government is “actively considering” setting up a registry of foreign agents to track those paid to influence Canadian politics on behalf of other states.The story — and previous ones from Chase and Fife — suggest a registry is a way to check “the Chinese government’s influence” over Canadian politics. The two journalists and others at the Globe have been campaigning aggressively against Chinese influence and now the government looks ready to buckle. “The government is focused on protecting Canadian democracy from foreign influence, and a registry of foreign agents is something that we are actively considering,” Parliamentary Secretary to the Foreign Affairs Minister, Robert Oliphant, told the Globe. “We are aware that some of our allies, namely, the United States and Australia, already have foreign agent registries in place and we are studying that.”

A day before Fife and Chase reported on plans for a foreign agents’ registry — a fine idea if applied broadly — Aidan Jonah published a report in The Canada Files titled “Subcommittee report declaring ‘Uighur Genocide’ dominated by researchers and groups funded by CIA cut-out, National Endowment for Democracy”. The story includes a remarkable revelation about the Ottawa-based Uyghur Rights Advocacy Project. The group’s website states openly that the “Uyghur Rights Advocacy Project is funded by the Washington-based National Endowment Fund for Democracy for its Advocacywork in Canada.” (my emphasis)

The National Endowment for Democracy (NED) was established in 1983 to work alongside the CIA. In 1991 Allen Weinstein, a founding member and president, told the Washington Post, “a lot of what we [NED] do today was done covertly 25 years ago by the CIA.”

NED funding for Uighur groups in Canada is not to support charity work. There are only around 1,500 Uighurs in Canada and this country is about as far from Xinjiang as anywhere. The Uyghur Rights Advocacy Project is a political organization that is openly seeking to Balkanize China. Its site says it aims “to document the policies of China’s government targeting Uyghurs and other Turkic people in East Turkistan in China and globally.” Moreover, it says it defends “Uyghurs and other natives of East Turkistan who are living under Chinese occupation since 1949.” In other words, the Uyghur Rights Advocacy Project rejects the legitimacy of the nationalist/communist revolution that united China after more than a century of foreign domination.

Fife and Chase are concerned about Chinese influence in Canada. But they seem indifferent to far more pervasive US influence. Two days before their latest story about the dangers of foreign-funded agents in Canada, Fife and Chase quoted Uyghur Rights Advocacy Project executive director Mehmet Tohti. They have quoted the NED-funded group on multiple occasions over the past year. They have also quoted other NED financed groups such as the World Uyghur Congress.

Fife and Chase ought to be embarrassed by the crass double standard. But remorse is unlikely. In November I detailed how the Globe considers foreign influence in Canada bad if it comes from China, but barely worth mentioning when Israel is involved. The contrast is even starker with the US. In October, for instance, the MacDonald Laurier Institute published a widely cited commentary titled “Shining a Brighter Light on Foreign Influence in Canada” critical of Chinese influence and calling on Ottawa to regulate foreign agents. Last month the group set up Disinfowatch.org, which appears focused on Chinese and Russian influence. But the MacDonald Laurier Institute’s initiative is funded by the US State Department’s Global Engagement Center!

Fife, Chase and others’ blatant double standard regarding “foreign influence” in Canada is contributing to a wave of Sinophobia sweeping political life. Is this the intent of US funding for anti-China propaganda? Are Canadian journalists the willing tools or ‘useful idiots’ of this campaign?

The irony of this “reporting” about “foreign influence” would be rather amusing except for the fact is could lead us into a conflict that leaves the entire world worse off.

Gyude Moore speaks about China’s expanding presence in Africa at the Paulson Institute's Contemporary China Speakers Series on March 5, 2019. W. Gyude Moore is a visiting fellow at the Center for Global Development. He previously served as Liberia’s Minister of Public Works with oversight over the construction and maintenance of public infrastructure from December 2014 to January 2018. Prior to that role, Moore served as Deputy Chief of Staff to President Ellen Johnson-Sirleaf and Head of the President’s Delivery Unit (PDU).

As Head of the PDU, his team monitored progress and drove delivery of the Public Sector Investment Program of Liberia—a program of over $1 billion in road, power, port infrastructure, and social programs in Liberia after the civil war. As one of the President’s trusted advisors, he also played a crucial role in supporting President Sirleaf as Liberia responded to the West Africa Ebola outbreak and shaped its post-Ebola outlook. His research tracks the channels of private sources of finance, the rise of China and its expanding role in Africa, and Africa’s response to these changes. He holds a BS in Political Science from Berea College and an MS in Foreign Service from Georgetown University.

The United States’ alliance is barreling towards conflict with China. In recent months, the U.S. government has taken unprecedented steps to upend normal relations with China: sanctioning Communist Party of China officials, banning Chinese tech companies like TikTok and Huawei, interrogating and surveilling Chinese students and scientists, and even forcing the Houston Chinese consulate to close.

Yet the Western policy doctrine of “great power competition” with China has not been accompanied by a robust public debate. Instead, this blustering state rhetoric has coincided with public views of China hitting historic lows. Thanks in part to racist corporate media coverage which blamed China for the spread of COVID-19, unfavorable views of China are skyrocketing.