Government and opposition reshuffle, as stalemate drags on 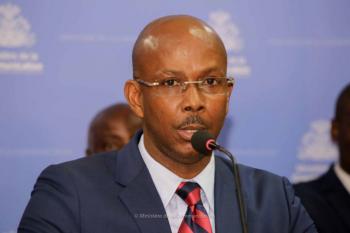 Both Haitian President Jovenel Moïse and the opposition bent on his departure have reconfigured their forces in recent weeks, as Haiti’s most serious political and economic crisis in a decade stumbles into its tenth month.

Since last July, Moïse’s government has been regularly rocked by massive demonstrations and hogtied by economic constraints, both largely stemming from the collapse last year of the Petrocaribe Accord under which Venezuela provided Haiti with cheap oil and credit since 2008.

In March, the International Monetary Fund (IMF) stepped in to fill the void, granting Haiti a three-year no-interest loan of $229 million. But in return it wants higher gas prices, slashed state budgets, and other painful austerity measures.

Moïse has already ditched two prime ministers. Dr. Jack Guy Lafontant had to be sacrificed last July to keep the angry masses at bay. His replacement, former presidential candidate Jean Henry Céant, turned out to be still covetous of the president’s chair (which he would have filled if Moïse had resigned). Suspecting his PM might be helping the opposition to fan the rebellion’s flames, Moïse conspired with his Parliamentary allies to oust Céant on Mar. 18.

New interim Prime Minister Jean Michel Lapin, formerly Culture and Communication Minister, took charge on Mar. 21, with the other ministers (all but one were aligned with Moïse, not Céant) remaining in their posts.

Meanwhile, Moïse has stepped up his brown-nosing of the Trump administration, which began in earnest on Jan. 10, 2019 when the Haitian government for the first time voted for a Washington-championed resolution at the Organization of American States (OAS) branding Venezuelan President Nicolas Maduro as “illegitimate.”

Ever since, a constant parade of U.S. officials have visited Haiti, and vice versa. On Mar. 22, Moïse traveled to President Donald Trump’s Mar-a-Lago home in Florida for a mini-summit with four other Caribbean leaders who had toed Washington’s line in January’s OAS vote.

Two days earlier, Sen. Marco Rubio had visited Haiti to urge dialogue between the government and the opposition, essentially a reprise of the visit U.S. under secretary of state for political affairs David Hale had made on Mar. 1. On Apr. 2, Cynthia “Cindy” Kierscht, the State Department’s Deputy Assistant Secretary of the Bureau of Western Hemisphere Affairs visited Haiti with the same agenda: dialogue, investment, and planning elections.

But Moïse’s dialogue overtures to the opposition have been rebuffed. He sent a Mar. 29 letter inviting leaders like former president Jean-Bertrand Aristide and former Sen. Moïse Jean-Charles – heads of the parties Lavalas Family and Dessalines’ Children respectively – to meet with him at the National Palace on Apr. 3, but both men, like others, refused.

Both leading opposition coalitions joined in the call for a major demonstration on Mar. 29, the 32nd anniversary of the 1987 Constitution’s ratification, to relaunch the anti-government mobilization which has subsided since mid-February. But the turn-out was not massive (a few hundred demonstrators), despite numerous flash demonstrations. Schools, shops, state offices, and public transportation all continued to function.

Although Lapin had threatened that he would not tolerate “disorder” prior to the demonstration, the Mar. 29 fizzle was more likely due to the opposition’s lack of industrious, unified mobilization and overconfidence that the masses would automatically pour into the streets and “lock down” Haiti’s capital and other cities as they had in February.

Also, the masses don’t fully trust either of the two major opposition alliances, which both include some patent opportunists and political scoundrels. The Democratic and Popular Sector, headed by activist attorney André Michel and, increasingly, former Moïse ally Sen. Youri Latortue, still has a rivalry with Jean-Charles’ current, which on Mar. 27 restructured itself as the Progressive Opposition Forces (FOP). It comprises not only Dessalines’ Children, but also the social democratic Patriotic Popular Dessalinien Movement (MOPOD), the Work Team (Koumbit) of Political and Union Organizations, and the leftist party Roots of the Popular Camp (Rasin).

Meanwhile, Aristide’s Lavalas Family (some of whose members have at times been part of the Democratic and Popular Sector) continues to keep mostly to itself, more on the sidelines than leading the past year’s mobilizations. But the party received a pop in attention, on social media at least, when Aristide made a rare public appearance and speech Mar. 31 at the graduation ceremonies of the University of the Aristide Foundation (UNIFA) in Tabarre. His remarks had a distinctly anti-imperialist tone, not heard since some of his statements from South Africa prior to his 2011 return to Haiti.

“There must be an epigenetic break between neocolonialism and human dignity,” he declared in the university’s auditorium. (As he still does with Hebrew and Zulu, Aristide now also sprinkles scientific terms and concepts into his rare speeches since getting his doctorate in African languages at the University of South Africa in 2007.)

Calling for an “African Renaissance and the happiness of Afro-descendants,” he demanded justice for victims of regime-sponsored massacres last year but also for “the 12 million victims of the ‘Petrocaribe’ crime,” where about half of $4.3 billion in Venezuelan oil revenues appears to have been embezzled and misspent by Haitian government officials. “A country without justice is a river without water,” he said.

The United Nations Security Council now appears poised to finally end the foreign military occupation of Haiti, which has been in place for the past 15 years, since the 2004 coup d’état which sent Aristide into a seven-year African exile. The United Nations Mission for Justice Support in Haiti (MINUJUSTH) is finally scheduled to end on Apr. 15. This will take Haiti out of Chapter 7 Security Council domination which has been in place since the UN imposed the UN Mission to Stabilize Haiti (MINUSTAH) in 2004, supposedly for a mandate of only six months.

The departure of all foreign troops may offer an opportunity for Haiti to reclaim its sovereignty and chart its “second independence,” which Aristide proclaimed during his first presidential inauguration on Feb. 7, 1991. That project of 28 years ago was ruthlessly aborted by two coups d’état and two foreign military interventions, delivering instead Haiti’s second colonization.

But the revolutionary aspirations of the Haitian people have remained alive throughout that time, as will likely be seen in the weeks and months ahead, despite the deadlock which now grips Haiti.