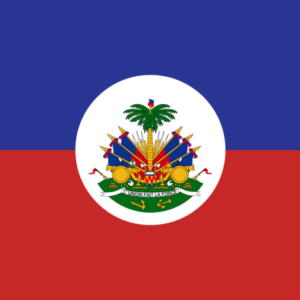 The Biden Administration continues to back an increasingly autocratic Jovenel Moise regime in Haiti. Moise’s dictatorial grip on power and his plans to hold an illegal constitutional referendum and sham elections have been contested by every sector of Haitian society. Just weeks ago, throughout Haiti, people in cities and towns marked Haitian Flag Day with renewed protests, while Haitians marched in Washington DC and other cities to denounce US support for the Haitian ruler. On June 18th, Haitian organizations in the diaspora are again mobilizing to denounce the increasingly isolated regime. Faced with this spiralling opposition, Moise  had to postpone the referendum, originally scheduled for June 27th. The US State Department, which for months has refused to condemn the referendum, finally issued a statement of opposition.

Moise continues to insist that a referendum will be held. And the Biden Administration continues to back Moise in his plans to hold phony elections aimed at solidifying his party’s rule over Haiti. US diplomatic, economic, and military aid empower Moise to further undermine democracy in Haiti, reinforce the power of the Haitian elite and exclude the Haitian majority – a process set in motion with the 2004 coup that overthrew President Aristide’s democratic government.

The UN has already provided  $20 million and material/logistical support for Moise’s illegal referendum and planned elections, including training the murderous Haitian National Police to provide election security. Now the Organization of American States (OAS) has sent a delegation to Haiti, financed by the US, to provide legitimacy for these fake elections. Those of us who support the popular movement in Haiti need to act now.

Haitians are calling on the Biden Administration to stop supporting Moise and cease calling for fake elections controlled by a dictatorial regime. If not, they warn that the US will be responsible “for every kidnapping, every political assassination, every disappearing of young activists staged by the totalitarian and criminal PHTK government they are supporting.”

The recent success of the TPS campaign, led by determined Haiti immigration activists, proves that public pressure works. After shamelessly deporting more Haitians in a few months than Trump did in an entire year, the Biden administration reinstated TPS, giving welcome temporary relief to undocumented Haitians living in the US. Now we must go further to address conditions in Haiti that force people to flee in the first place. We must demand an end to US support for Jovenel Moise, demand the US/UN condemn his illegal referendum to impose a new constitution and fake elections.

We must demand an end to US/foreign intervention in Haiti. Respect the Haitian people’s right to decide how to best move forward. US/UN Out of Haiti! US/UN Stop Supporting Dictatorship in Haiti! No to Support for the Regime’s Constitutional Referendum! US/UN Stop Funding Police Terror in Haiti!