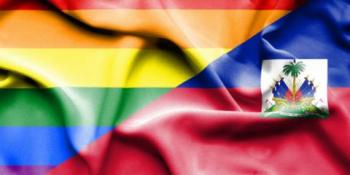 Haiti’s Senate has passed a bill that makes same sex marriage a crime and bans public displays of support for LGBTI rights. The bill — which would affect Haitian nationals and foreigners — will now go to the Chamber of Deputies, although a date for a vote has not been set.

Haitian law already defines marriage as being between a man and woman. But this bill seeks to expressly criminalise same sex marriage, with “parties, co-parties, and accomplices” to a same-sex marriage  — meaning even those who simply attend — facing potential jail terms of up to three years and an $8000 fine.

The bill also prohibits any “public demonstration of support for homosexuality and proselytising in favour of such acts.”

Commenting on the bill, Charlot Jeudy of the LGBTIQ rights organisation Kouraj said: “We see this as an attack on the LGBTI community in this country. This text divides our society and reinforces prejudices and discrimination.”

Jeudy predicted that if the bill became law, it “will bring much more violence and prejudice against the LGBTI community.”