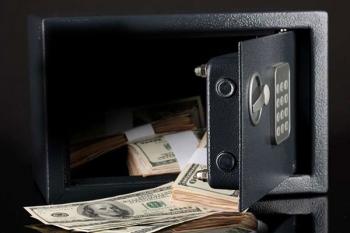 Like Haiti, we in Africa have wasted the last 60 years embroiled in a deadly politics of power for power’s sake or power to facilitate theft. Our elites, like theirs, have stolen our countries to a standstill. FILE PHOTO | NMG

Importantly, he spoke about what ails Haiti and the way out of the almost impossible economic and humanitarian situation in the country.

On the issue of protests against his regime, he blamed opposition figures and criminal elements. Blaming the opposition and criminal gangs for widespread disaffection against a regime is a common theme in Africa. On whether he would consider resigning as demanded by the opposition and human rights groups, the president borrowed a leaf from African governance philosophy.

I will not resign, he declared, because I have a mandate to complete. The question why one should insist on completing a mandate for the sake of it escaped him, just as it escapes African rulers.

But on the question of reconstruction after the earthquake, and why Haiti is heartbreakingly poor, President Moise was surprisingly candid, unlike African leaders.

He accepted that much of the aid money that flowed into the country for reconstruction was misused and did not reach needy communities. He also conceded that Haiti was poor because of corruption that had, over many years, grown into a cancer in the Haitian body politic.

In 1804, after defeating Napoleon Bonaparte’s army, arguably the most powerful fighting force in the world at the time, Haiti declared independence from France, and became the first modern independent black republic in history. The Dominican Republic became independent from Spain in 1821.

In the early 1960s, Haiti and the Dominican Republic had more or less the same Gross Domestic Product and the same Human Development Index ratings. But since then, the two have developed into remarkably different countries.

Most of Haiti’s population use charcoal and wood as fuel because of inadequate and unreliable electric supply which is not the case in neighbouring Dominican Republic. As a result of these vastly different fortunes, many poverty-stricken Haitians cross the border into the Dominican Republic to look for work.

Being born on either side of the border could mean the difference between life and death. In just 60 years, countries that were more or less the same in many aspects had become as different as night and day!

For Haiti to climb out of the hellhole she has dug herself into over the centuries, she will require the same kind of leadership as that provided by Toussaint Louverture, the leader of the revolution that overthrew French colonialism. She will need the same kind of selflessness among its elite and citizens, as was the case during the revolution. And yet what we see is the perpetuation in power of a greedy elite that has literally robbed the county and its children of a future.

Like Haiti, we in Africa have wasted the last 60 years embroiled in a deadly politics of power for power’s sake or power to facilitate theft. Our elites, like theirs, have stolen our countries to a standstill.

In Kenya, some of the leading contenders for power have never sacrificed for an idea that had nothing to do with advancing personal interests. They have no history of conscientious and diligent performance in office. They are dogged by corruption allegations. At the moment, they are slowly whipping the country into a crisis mode because they must become president at all costs.

Unfortunately for us, fallout from an ethnic power struggle could precipitate “final solution” ideologies and, as we saw in Rwanda, genocidal pogroms.

Does a fate worse than Haiti’s await us?

Jenerali Ulimwengu is chairman of the board of the Raia Mwema newspaper and an advocate of the High Court in Dar es Salaam. E-mail: jenerali@gmail.com