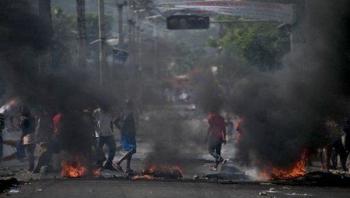 Haiti's community organization Koz Pa'm reported that schools in Port-au-Prince's poor neighborhoods have closed due to the rise of criminal gangs.

In the Carrefour Feuilles and Solino areas, children are joining armed groups and are committing banditry due to lack of access to education.

"Children are in vulnerable conditions. The unsafe environment drags them into violence," stated Koz Pa'm, an NGO helping minors with violent behaviors to re-enter social life.

In 2020, insecurity shot up in Haiti due to the pandemic and the rise of armed gangs, massacres, homicides, and kidnappings.

"Despite the wave of violence, we believe the government can do more to ensure children's access to education," Koz Pa'm President Jean-Robert Pierre said.

Prime Minister Joseph Jouthe promised to restore a climate of peace. Since the end of 2020, police operations have been deployed in gang-controlled areas, although they have little effect so far.

From 2019 to 2020, thousands of people were displaced as kidnappings surged from 39 to nearly 200, according to the Haitian Studies Association.

Sixty percent of Haiti's population lives below the poverty line. In 2019, up to US$1 million were demanded by kidnappers for victims being held captive.