In Haiti, slight progress for LGBT rights is seen as victory 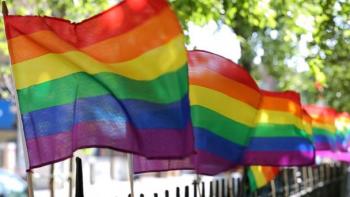 Haiti — Yaisah Val recently came out publicly as a transgender woman on YouTube, a potentially risky move in a country like Haiti where LGBT residents face pervasive hostility in most spheres of public life.

Two proposed anti-LGBT laws are pending in Parliament. The major churches are firm in their condemnation of homosexuality. Gay Haitians are frequent targets of attacks and harassment, and police are often unsympathetic to victims of anti-gay violence.

“We told my family beforehand,” Val told The Associated Press of her decision to come out. “And they said, ‘You’re going to be stoned.’”

Instead, Val says she’s developed a supportive fan base — many of them straight people and mothers who gratefully view her as a role model for their transgender daughters. Val says she’s occasionally recognized on the streets by people who want to be photographed with her. And she recently attended a meeting in Washington, D.C., as part of a delegation trying to strengthen LGBT rights in Latin America and the Caribbean.

Her situation is indicative of the struggle for LGBT rights in Caribbean nations like Haiti, where incremental progress toward acceptance is seen as a major step in the face of deep-rooted cultural opposition to gays. Val and other activists have been pushing for greater equality and access to education, and have been welcomed into some broader civil-society initiatives, including events supported by Haiti’s first lady.

They also realize it’s an uphill fight in a country with a strong anti-gay stigma — contributing to an HIV prevalence rate among gay men that’s nine times higher than for the adult population as a whole.

The SEROvie Foundation, a 20-year-old organization providing free HIV treatment and prevention services for LGBT Haitians, says many gay and bisexual men avoid seeking care because they fear mistreatment or disclosure of personal details. Executive director Reginald Dupont said several men had committed suicide in the city of Jeremie after their HIV status was publicly revealed.

As a precaution against harassment, there’s no exterior sign identifying the foundation’s main clinic in Port-au-Prince — a two-story building in a neighborhood housing several international organizations.

The complex includes an emergency shelter in the rear courtyard where victims of anti-gay violence and harassment can stay for up to two weeks. It was busy last year, staffers said, when debate in the Senate over anti-gay laws triggered a spate of attacks.

According to the latest figures from UNAIDS — the United Nations agency that fights HIV and AIDS — about 2.1 percent of all Haitian adults are living with HIV, while prevalence rate among gay and bisexual men is 18.2 percent.

The overall HIV prevalence rate, though still among the highest in the Western Hemisphere, is down sharply from a decade ago. UNAIDS says new HIV infections and AIDS-related deaths have both decreased by about 25 percent since 2010.

Anti-gay bias is prevalent even among health care providers, said Pape, who recounted how one of his senior staff members complained about the flamboyant appearance of some gay men.

“I told him, ‘They can look the way they want. Our job is to provide care,’” Pape said.

The head of the UNAIDS operation in Haiti, Yafflo Outarra, says he and officials of other humanitarian organizations have been prodding the government to be more active in countering anti-LGBT prejudice. But he acknowledges the task is daunting, given the results of a survey last year commissioned by Haiti’s Health Ministry with support from UNAIDS and the U.S. Centers for Disease Control and Prevention.

Among the 1,089 respondents in the nationwide survey, 90 percent rejected the idea of equal rights for LGBT people and 75 percent said Haiti should ban gays and lesbians from entering the country.

“The results were not encouraging,” Outarra said.

Given that background, it’s striking that Haiti’s most prominent LGBT activist, while dismayed at the hostility, is hopeful about the future.

“More and more young people, bringing their skills, are getting engaged in our fight,” said Charlot Jeudy, president of Kouraj, Haiti’s leading LGBT-rights group. Jeudy founded the group in 2011, seeking to counter anti-gay sentiment that intensified after the previous year’s devastating earthquake.

Prior to Kouraj’s founding, Haiti’s LGBT community remained largely underground because of social stigma, even though there are no laws criminalizing homosexual relations as there are in several English-speaking Caribbean nations. Two years ago, an LGBT cultural festival in Port-au-Prince was canceled after organizers received threats and a local official, calling it a violation of moral values, sought to ban it.

Last year, Haiti’s Senate passed two bills targeting LGBT Haitians. One would formalize a ban on same-sex marriage, and prohibit public demonstrations in favor of LGBT rights. The other would include gays among categories of people who could be denied a “certificate of good standing” — a document required as part of many job applications.

Kouraj and other advocacy groups, as well as some foreign diplomats and international organizations, voiced opposition to both bills, which have not advanced in Parliament’s lower house.

Jeudy attributes much of the anti-LGBT animosity to the influence of Haiti’s Catholic and Protestant churches. The main exception, Jeudy said, is the Voodoo religion, which is more welcoming to LGBT people in keeping with its tradition as a spiritual home for marginalized communities.

Yaisah Val’s husband, Richecarde, experienced religious disapproval firsthand. When he told his father, a Protestant pastor, that he planned to marry a transgender woman, his father replied, “You know that’s the devil.”

Richecarde subsequently left the church, is estranged from his father, and devotes himself to the cause of transgender rights.

Yaisah Val, who is now 46, started her gender transition at age 29 in Haiti and completed it five years later with sex-reassignment surgery in Philadelphia.

She and her husband are now seeking to raise funds to open a first-of-its-kind shelter for transgender Haitians that would help them pursue an education and get appropriate health care.

“Most people want to be activists behind the scenes,” she said. “If you really want to make change, you need to be out and about in public.”