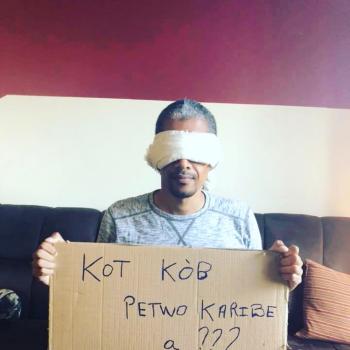 Haiti has seen angry protesters burning tires and demanding the president's resignation. It's a campaign against government corruption that began on social media, with a single photograph posted by a Haitian-Canadian man. His name is Gilbert Mirambeau, and he had no idea his picture would have this kind of impact on the country.