Haitian Canadian tells Canada to get out of Haiti 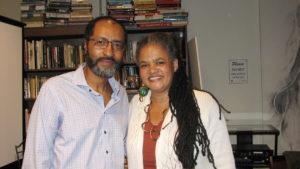 Canada has been accused of being complicit in propping up the Haitian government that is facing ongoing massive street demonstrations, with protestors calling for the resignation of the country’s President Jovenel Moïse.

“Our country (Canada) is not as progressive as it pretends to be,’’ activist Jean Saint-Vil Jafrikayiti said Tuesday evening at a community meeting in Toronto.

The event, titled “Haiti: Political Crisis and the Culture of Resistance’’, was held at A Different Booklist and organized by Caribbean Solidarity Network.

The current wave of protest was sparked by a Haitian government announcement that the prices for gasoline, diesel, and kerosene were being increase by between 38 and 51 percent. The increase was due to a deal the administration entered into with the International Monetary Fund (IMF).

In exchange for an IMF financial assistance package, the government agreed to increase spending on basic social services and infrastructure, improve tax collection, and reduce subsidies for fuel.

Prior to the announcement, many people already were upset at reports that an estimated $4.2 billion, collected under the Venezuela-sponsored PetroCaribe oil agreement, was embezzled by government officials. The PetroCaribe funds were supposed to be used to help improve public services in Haiti.

In addition, a vast majority of the poor in Haiti is still bitter about what they refer to as the coup d’état of 2004 that removed populist President Jean-Bertrand Aristide from office.

Aristide was kidnapped and flown into exile in Africa. In the aftermath, a group of countries – led by the United States and including Canada and France – sent military troops to Haiti. The countries “dictate what should happen in Haitian politics’’ and are the main backers of President Moïse, said Saint-Vil, who adopted the name “Jafrikayiti’’ that means “son of Africa born in Haiti’’.

Young people, including university students, are at the centre of the Haitian demonstrations, said Saint-Vil Jafrikayiti, who now lives in Hull, Quebec.

“The masses have realized they have nothing left to lose,’’ Saint-Vil Jafrikayiti said. “What you have in Haiti right now is a colourism system and that what’s the young people are saying. They’re not calling for the black-faced president to removed alone. They’re talking about complete system change.’’

According Saint-Vil Jafrikayiti, a parallel exists between the situations in Haiti and Venezuela.

At Tuesday’s meeting, Canada was not only condemned for its presence in Haiti but also its treatment of Haitians seeking refuge in the country.

Haitian-born Kaniasta Pascale, who works with refugees in Quebec, said adults and children are being held in jail-like conditions.

Saint-Vil Jafrikayiti, who demanded of Canada “to get out of Haiti’’, said Montreal will join other cities around the world on November 17 for a demonstration for dignity, justice and reparations for Haiti.

“We cannot remain silent in this thing anymore, just because our lives are comfortable here,’’ he said.