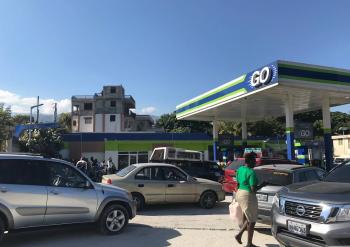 After controversial exchanges on social networks between the Haitian government and private electricity producers, it was announced that negotiations would begin to revise the contracts, which ensure that they are detrimental to the State.

Last weekend a controversy broke out on digital platforms after the government disclosed the company's debt to the state and asked for compensation in the next three working days.

The company did not hesitate to respond to the insinuations and also published the very similar amount to be paid by the State, in addition to refusing to break the agreement previously established.

However, Jothue, more conciliatory, said that Sogener's representatives now have a better understanding of the situation and admit that it is a contract between two parties, 'if one of them is not satisfied, that is their right. If we have to keep the contract, we keep it and if we have to break it, we break it,' he told the local press.

Although according to media reports, municipalities in the North and Northwest departments have electricity available 24 hours a day, this is not the case in the rest of the country, whose supply sometimes does not exceed four hours a day.