Haitians can’t trust aid from NGOs or their own government 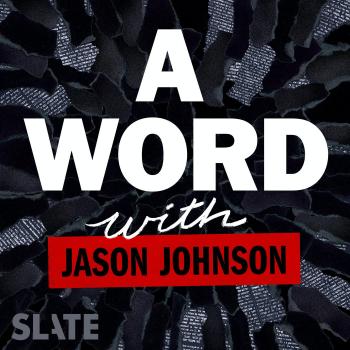 The island nation of Haiti is just beginning to catch its breath after a massive August earthquake, and that catastrophe struck just a few weeks after the assassination of President Jovenel Moïse, which left the government in a state of chaos. While Haiti could use international aid in its recovery, the country has suffered from a history of colonial oppression and interference that leaves its citizens wary of efforts to help. On Friday’s episode of A Word, I spoke about the Haitian crisis with Marlene Daut, a professor of African American and African studies at the University of Virginia. She specializes in Caribbean studies and is the author of Tropics of Haiti: Race and the Literary History of the Haitian Revolution in the Atlantic World. Our conversation has been edited and condensed for clarity.

Jason Johnson: We’re now a couple of weeks after the earthquake. What was the scope of the damage in Haiti? And what do we know about where the recovery stands now? I think a lot of Americans—it’s not just that we have short attention spans. We have enough crises in this country that a lot of people didn’t pay a lot of attention to how bad things were in Haiti.

Marlene Daut: Yes. So the earthquake hit the southern peninsula of Haiti. Its epicenter was near the Haitian city of Les Cayes. And if you were to look at a map of Haiti, you’d see that the southern peninsula extends out pretty far into the Atlantic. And so it makes getting to the furthest reaches of the peninsula pretty difficult given the status of roads. Unfortunately, also a tropical storm hit the island only a few days afterwards, complicating both the relief and disaster recovery effort and the ability to find people who were still trapped under the rubble. One thing that was a little bit more fortunate than last earthquake in 2010 was that this one hit at about 8:29 a.m. So there weren’t a lot of people out and about. But at the same time, being inside wasn’t necessarily the safest place to be either because of the way that buildings are constructed.

In our last episode, we heard from an environmental leader about “disaster capitalism.” That’s how, in the aftermath of natural disasters, millions and sometimes billions of dollars in aid get distributed, but most of it never goes to the people who actually need it. Have we seen disaster capitalism play out in Haiti after this most recent tragedy and earthquake?

Disaster capitalism has been a part of Haitian history for a really long time. I think it most visibly came into the frame in 2010 when Haiti suffered a 7.0 magnitude earthquake in the capital of Port-au-Prince. This is a moment when we saw millions, if not billions, of dollars of aid pour into the country, supposedly through various aid groups. The most famous example of aid money that was donated for the relief and recovery effort in Haiti but never reached Haitians is the Red Cross. The NPR/ProPublica report, which is now infamous, [found] that half a billion dollars that was supposed to go towards building houses—we saw six houses built. The rest of the money was either funneled into their other projects because they weren’t involved in development, they are disaster relief. So they gave tents and T-shirts, but they weren’t really able to continue with the effort in the years following, when reconstruction needed to happen. This is the situation and the scenario that we would definitely like to avoid this time around, and so we’re asking people to donate to individual groups in Haiti that are local and already on the ground and who know what Haitians need and know how to get what they need to them.

If I’m an American, how would I go about finding the local groups? How do Americans know the proper ways to send their money to actually help people on the ground in Haiti, as opposed to having it funneled into some CFO’s pocket?

That’s a great question. I would direct people to one website they can use to find information, which is FOKAL. This is an aid organization that’s long-standing, it’s Haitian-based. They’ve been in the country for a very long time. They are Haitian-run and work with Haitians. And on their webpage, they also direct you to places in the southern peninsula particularly that could use help and assistance at this moment.

But I would say beyond that—and I think this gets at the more difficult problem, a more theoretical problem that underlies the question—is that Haitians, for a lot of people, are abstract people who live over there. And so, because they don’t necessarily know a lot of Haitians, they don’t have people they can reach out to to say, “Who are some people who I can individually help?” Because in the moments directly following the earthquake, the best way, it turns out, to help and get money to Haitians was to send it to them individually, to send people that you knew money, who could then distribute things like water and food, could purchase things there. And so this is, I think, what compounds the tragedy, is that we don’t want to be giving our money to these huge organizations. But as you mentioned, most people in the United States don’t necessarily have a contact in Haiti. They don’t know who they should reach out to and who they should find. And so I would say some churches, Haitian churches, in Miami and New York or in your communities, because there are Haitian communities in Chicago and Boston, for example, and to a lesser extent in places like Houston and Los Angeles. And so reaching out to some of those churches that are Haitian congregations and finding out what they suggest as well.

Haiti’s president was assassinated a month before the earthquake struck. So who’s actually managing this crisis right now? Who’s running the country?

Well, in a de facto way, the president of Haiti is the man who Jovenel Moïse had designated to become Haiti’s prime minister a few days before the assassination. His name is Ariel Henry, and he was, I guess, assumed by the international community to be Haiti’s rightful leader in this moment. In the moments and days and weeks actually following the assassination, that wasn’t as clear as it is now. People seem to have accepted that this is the person who is going to, at first, lead the effort also to find out who was behind the assassination. And one of the most unfortunate things about this earthquake, including the loss of life—over 2,000 Haitians are reported to be dead, have died in the earthquake—is that now the investigation into Jovenel Moïse’s death is really halted at multiple levels because of these intersecting crises.

And so there is a very real sense of, who is leading the country? Who’s going to lead the relief effort? And Ariel Henry’s now saying all the aid funds are going to be channeled through his office, that we’re not going to make the mistakes of the past. But the Haitian people, this isn’t necessarily comforting to them because he’s not a person they chose. He’s not a man who was elected by them. And they had previous problems with their prior presidents and the aid funds as well. So the idea that he’s going to control it all or make sure it gets to the right places—there isn’t a whole lot of confidence in that at the moment.

So at one point after the assassination, you had some Haitian officials that were asking for America to send military aid. That didn’t happen. But then there were Haitians outside the government who wanted the U.S. and some don’t want the U.S. Tell us a bit about how the average Haitian person on the street feels about the United States’ involvement or what the United States might be able to do to help find out who assassinated the previous president.

This is a difficult question because undoubtedly, especially in this moment after the 7.2 magnitude earthquake that Haiti just experienced on Aug. 14, actually Haitians need assistance, aid. They need medical care. They need goods. They need things for everyday subsistence like water. It is also true that the Haitian populace—if you ask ordinary, everyday Haitians—are very wary of what looks like assistance, because a lot of assistance is actually help that harms. And they remember that. The memory of the 2010 earthquake was so strong that friends in Port-au-Prince were saying, “We’re sleeping outside. We’re too scared to go back inside.” Because even though the epicenter of the earthquake wasn’t in Port-au-Prince, they still felt it. In fact, there are reports that the earthquake was felt all the way in Jamaica. Then you compound this with this intersecting crisis of the assassination of the president, and the low confidence that Haitians have in the ability for the Haitian government to find out who really did this and their will to do so, because we’ve seen people go missing and go into hiding and also be killed for their role in trying to pursue justice for this.

So the reason why I say it’s a hard question is that many Haitians on the ground in Haiti do not want another military occupation. They do not want “boots on the ground” in Haiti. But at the same time, they also do not want the Haitian government, as it stands, to be the only ones who can pronounce and say what happens next, because there’s not a lot of trust. So civil society organizations are calling for various meetings of factions, and they want to be the ones to direct the way forward—not the U.N., definitely not NGOs. Haiti was dubbed the land of 10,000 NGOs in the ’90s and early 2000s and especially after the 2010 earthquake. Haitians are forming different parts of different civil society organizations. Professors and lawyers and doctors want to be the ones to say what happens next.

Listen to the entire episode below, or subscribe to the show on Apple Podcasts, Overcast, Spotify, Stitcher, Google Play, or wherever you get your podcasts.