Haiti’s fight for democracy: Why the country must rebuild before it votes 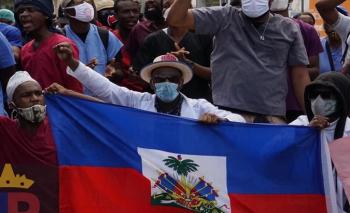 A showdown is brewing in Haiti. Ever since President Jovenel Moïse was assassinated in July, it has been an open question who should lead the country next. Immediately after the killing, the country’s interim prime minister served as the de facto head of state. Then, less than two weeks later, the U.S. embassy anointed Ariel Henry, Moïse’s nominee for prime minister, by tweeting an extraordinary statement from a group of ambassadors asking him to form a government. Ever since then, Henry has had a tenuous hold on power, which is growing weaker by the day.