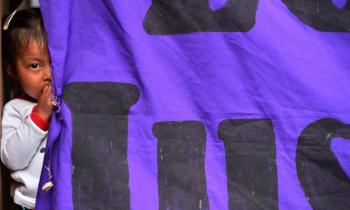 Another indigenous environmentalist has been killed in Honduras, cementing the country’s inglorious ranking as the deadliest place in the world to defend land and natural resources from exploitation.

Félix Vásquez, 60, a veteran leader of the indigenous Lenca people, was shot dead at home in Santiago de Puringla, a rural community in the department of La Paz, western Honduras on the night of 26 December – just weeks after reporting death threats linked to his work. His adult children were beaten and threatened by the four armed assailants in balaclavas, but survived the ordeal.

Vásquez had been involved in the defence of indigenous land rights since the 1980s and was well-known nationally for organizing opposition to environmentally destructive megaprojects such as mines, hydroelectric dams, wind farms and logging, as well as for helping dispossessed communities recover ancestral land titles.

In recent weeks, a campaign of intimidation against several Lenca leaders including Vásquez, had escalated, amid a tense land dispute between a small indigenous community and a local farmer allegedly connected to the ruling National party.

Vásquez had reported being followed and monitored at home, while two other Lenca leaders were jailed on trumped-up charges related to the land dispute. Vásquez had also recently announced his intention to stand as a candidate for the progressive Libre party in the March 2021 primaries.

His death comes almost five years since the assassination of the celebrated Lenca leader and Goldman prize winner Berta Cáceres who was shot dead at home in March 2016 after suffering years of threats and harassment linked to her opposition to an internationally funded dam. Seven men were convicted for their role in planning and executing the murder, but none of those who ordered, paid for and benefited from the crime have faced trial.

Vásquez’s death was condemned by rights groups, European and American lawmakers and diplomats. “Justice, the rule of law and the fight against impunity are necessary more than ever,” tweeted the UN representative Alice Shackelford.

But hopes for justice are low. “Félix was very smart and a great strategist who’d opposed extractivism for more than 35 years, that’s why he was killed,” said Roger Medina, a friend and lawyer who represents local Lenca communities. “We live in a dictatorship, so I’ve no doubt that this will be another crime against another indigenous environmentalist that will go unpunished.”

On Tuesday, local media reported the killing of yet another defender, Adán Mejía from the indigenous Tolupán people, who was allegedly attacked on his way back from tending to his corn crops in Candelaria, a rural community in the northern department of Yoro.

Honduras became one of the most dangerous countries in the world to defend natural resources and land rights after the 2009 coup ushered in an autocratic government which remains in power despite multiple allegations of corruption, electoral fraud and links to international drug trafficking networks.

Hundreds of defenders have been killed and disappeared, while many others have been silenced as a result of trumped-up criminal charges.

This year has been particularly grim. In July, a group of Black indigenous Garifuna land defenders were forcibly disappeared by armed assailants in police uniforms. Eight water defenders from the Guapinol community have been held on remand throughout the pandemic despite international condemnation of the prosecution linked to their peaceful protests against a polluting iron oxide mine.

According to a report by the UN working group on business and human rights, the “root cause of most social conflicts [in Honduras] is the systematic lack of transparency and meaningful participation” of communities affected by the exploitation of natural resources.

Yet the nexus between political and economic elites means crimes against environmental defenders are rarely prosecuted. Investigations into allegedly corrupt officials who sanction large-scale projects without legally required consultations and environmental impact assessments are also rare.

In La Paz alone, at least 40 megaprojects have been sanctioned on indigenous territory without consulting local communities.

Marlen Corea, 32, vice-president of a collective of indigenous and campesino environmental groups in La Paz who worked alongside Vásquez, said: “Every single community leader is threatened, without exception, as part of the intimidation campaign to silence us and stop our resistance to projects to exploit natural resources imposed on our territory without consultation. That’s why Félix was killed, but our struggle is just.”