Kenneth Merten: Haiti needs “an Accord of the Accords" to move the country forward 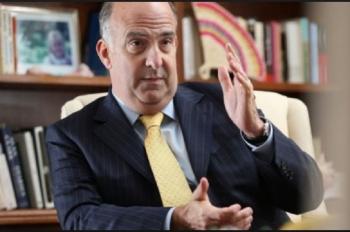 In an interview with Ginen radio and television today, Kenneth Merten, the current “Haiti Special Coordinator” as well as Deputy Assistant Secretary in the Bureau of Western Hemisphere Affair said Haiti needs an "Accord of the Accords'.

Merten explained that “in our analysis this is what Haiti needs. The United-States encourages everyone to come to an agreement to move the country forward. This is the only way, according to our analysis, to unblock the political impasse ".

Merten pointed out that there is the Montana Accord, the “plan from September 11, 2021” [Ariel Henry’s Accord, supported by the SDP and three other political parties], and “other actors” who have developed their own proposals. Speaking publicly for the first time of Prime Minister Ariel Henry new cabinet, he said “as you know, Prime Minister Henry has formed a new cabinet. The United States is still waiting for Haitian political actors, civil society, the private sector, religious leaders and the diaspora to find a Haitian-led solution to pave the way for elections, when conditions on the ground allow.”

Merten said he “fears the country will miss out on economic opportunities "because of political problems".

Merten insisted that the solutions to the political crisis must be found by Haitians. “We do not want to interfere in the affairs of Haitians. We were accused of interference. We won't do it again. We haven't done that before. That's what I want to emphasize” .

"We do not want to be accused of meddling," he said. Merten also expressed his concerns about the security situation. “Haitians cannot move around freely. This poses a big problem for businesses - for every Haitian citizen”.