Leader or killer? Spending a day with ‘Barbecue’ in Haiti’s bloody capital 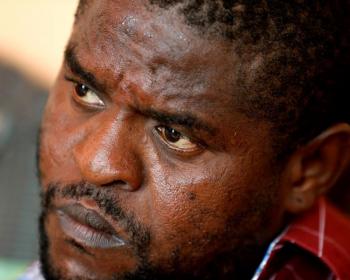 He’s known as Barbecue, an ex-cop suspected in the massacre of dozens of men, women and children in the Haitian capital — and a hero in his neighbourhood, followed by crowds of adoring residents who consider him their protector.

Authorities say men like Barbecue, whose real name is Jimmy Cherizier, are increasingly taking charge of areas across Haiti as public safety disintegrates and the government loses its grip on a country facing one of its most violent periods in recent history despite a 15-year U.N. peacekeeping operation there.

“Gangs are multiplying because the government is weak,” said Haiti’s attorney general, Paul Eronce Villard, who estimates there are more than 50 gangs now operating in the country. “It’s a real challenge for police.”

Armed gangs, sometimes with links to corrupt police and believed financed by local politicians and businessmen, battle each other for control of Port-au-Prince’s lucrative outdoor markets, the source of a steady flow of cash from so-called “protection” fees from vendors, as well as drug deals and arms sales.

Among them is Base Delmas 6, which local human rights groups say is led by Cherizier in Port-au-Prince’s impoverished Lower Delmas neighbourhood. Cherizier denies that, describing himself as a community leader who doles out cash to residents when they’re in need, clears garbage from the streets and protects the neighbourhood from rival gangs.

He’s also a suspect in the country’s worst massacre in years, accused by police and witnesses of helping to orchestrate the slaughter of up to 59 men, women and children in the nearby neighbourhood of La Saline last year.

But despite being named in a police report and in two local human rights groups’ investigations of the killings, Cherizier, remains not only free, but the most powerful man in Lower Delmas.

A police badge tattooed on his right forearm and a 9 mm pistol in his waistband, the 42-year-old Cherizier sleeps during the day and spends nights scanning the streets for enemies. He enforces a nightly curfew and has a small army of lookouts who bang on drums to alert residents that rival gangs are approaching.

On a recent Saturday, Cherizier ducked through purple and yellow sheets hung out to dry in narrow alleyways and sidestepped rusty wheelbarrows filled with sugarcane and women doing their wash in buckets. The smell of marijuana and raw sewage filled the air.

Swigging from a bottle of Barbancourt rum, he later pointed at a wide canal that residents use as a toilet and a shuttered medical clinic, then noted the lack of schools.

“What do you see?” he asked as he gestured at a crowd of supporters gathered around him. “It’s misery. None of these kids have a future. In 10 years from now, they will have guns in their hands.”

Another suspected gang leader, Joel Noel, calls himself the community leader of La Saline, where the massacre began on Nov. 13 as men armed with guns and machetes broke into homes, killing and torturing dozens and raping several women. Victims’ bodies were then burned or cut into pieces and thrown to pigs and dogs. Among the dead was a 4-year-old girl shot in the head in her mother’s arms, according to authorities.

An internal investigative report by the Haitian police Bureau of Criminal Affairs, obtained by The Associated Press, has called for the arrest of Cherizier and 68 others on charges including murder and rape. It is now being reviewed by a judge, but more than six months after the carnage none have been charged.

Noel, his lips stained purple from the wine he’d been drinking that morning, also accused Cherizier in the slayings and said people in La Saline now sleep on the streets because they’re too scared to spend the night at home.

“We need security, we need help for the people, we need justice,” he said, adding that he fears more people will be killed. “The people who can’t fight are going to be the victims.”

Cherizier denied any connection to the massacre and said his enemies have linked him to the killings out of revenge. He said he got the nickname Barbecue as a child because his mother was a street vendor who sold fried chicken, not because he is accused of setting people on fire.

“I would never massacre people in the same social class as me,” declared Cherizier, who says he takes inspiration from late dictator Francois “Papa Doc” Duvalier, who ruled Haiti with a bloody brutality as “president for life” from 1957 to 1971.

“I was born next door to La Saline. I live in the ghetto. I know what ghetto life is,” added Cherizier, the youngest of eight children, whose father died when he was 5.

Weeks after the massacre, police accused Cherizier of being away without leave and expelled him from the force. Cherizier contends he was asleep when the attack began and never abandoned the force.

“Haiti’s security situation is very, very alarming,” she said. “It seems that the country doesn’t have a leader.”

The spike in violence prompted the U.S. State Department to pull out all non-emergency personnel in mid-February and issue a “no travel” advisory that remains in effect as embattled President Jovenel Moise faces massive protests over alleged corruption, lack of basic goods and record inflation.

Villard, the attorney general, said the violence is worse now than in 2004, when former President Jean-Bertrand Aristide was toppled by a rebellion that led to the intervention by the U.N. peacekeeping force, whose operation will end in October.

Serge Therriault, U.N. police commissioner in Haiti, said the peacekeeping force addressed gang problems in the early stages of its mission, but he worries about the resurgence and believes it is linked to the economic downturn.

“There are limited things the police can do,” he said. “We can try to stop the gang activity, but until these people have employment ... it’s very difficult.”

The Haitian police are also dealing with gangs infiltrating the force: Last month, they referred five cadets suspected of gang involvement to authorities as outrage grew over brazen daylight killings, including a police detective slain in a high-end neighbourhood and a university professor fatally shot after leaving a bank.

The surging violence concerns Jean-Pierre, a business owner who declined to give his last name for safety reasons. He opened a cafe in Lower Delmas a year ago, but thieves have already broken all the windows three times. He moved back to Haiti from Montreal in 2011 but is thinking of leaving again.

“I love this country, but at a certain point, I have to make the best decision for my family,” he said. “I don’t think we’ve reached rock bottom yet. ...It’s going to get harder in the months to come. It’s going to reach a breaking point.”