NATO Is a Problem, Not the Solution 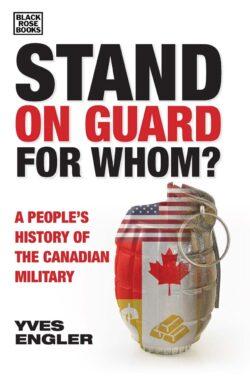 While in no way excusing Russia’s criminal invasion, NATO expansion eastward increased its likelihood. While we’ll never know if the war would not have happened under different circumstances, after a month of Russian violence against Ukraine the two countries’ negotiators have reportedly agreed that it will reject joining NATO as part of a peace pact.

Russia has long objected to NATO’s eastward expansion, particularly Ukraine’s de facto incorporation into the alliance. It repeatedly raised objections to NATO encircling its territory in the months leading up to its illegal invasion.

Last week the head of the European Union’s foreign policy, Josep Borrell, even admitted the push to expand NATO into Ukraine was an error. "I am ready to admit that we made a number of mistakes and that we lost the possibility of Russia’s rapprochement with the West," he told French TV TF1. "There are moments that we could do better, there are things that we proposed and then could not implement, such as, for example, the promise that Ukraine and Georgia will become part of NATO." South African president Cyril Ramaphosa, Chinese leader Xi Jinping and Venezuela’s Nicolas Maduro have all cited NATO belligerence as central to precipitating the current war.

Over many years Canadian parliamentary and media reports have noted Russia’s opposition to NATO expansion. A 2004 National Post story about Ukraine’s North American financed Orange Revolution explained why Moscow opposed its adhesion to the alliance. "For Russia," wrote international affairs reporter Matthew Fisher, "if Ukraine were to join NATO, and turn its Black Sea ports and its northern airports into havens for Western warships and fighter jets, it would be like having a dagger plunged close to its heart."

Joining NATO means subordinating Ukrainian military, and to a lesser extent foreign, policy to the alliance. As is the case with most other European NATO members, Ukraine would likely also host aggressive US weapon systems.

Regardless, Canada has forcefully promoted NATO expansion, which has seen the alliance increase from 16 members in 1999 to 30 members today. Despite promises to Soviet officials that NATO wouldn’t expand one inch eastward if they accepted German reunification, Jean Chretien pushed to bring in new members upon taking office in 1993. With Ukraine joining NATO’s Partnership for Peace and North Atlantic Cooperation Council in the early 1990s Canada added the country to its Military Training and Cooperation Program (MTCP), which among other things strengthens militaries’ capacity to operate in tandem with NATO forces. According to the government’s "Canada’s engagement in Ukraine" page, "Ukraine is the single largest recipient of training and funding under the MTCP" since 1993.

By 1996 Canada’s prime minister had publicly called for Ukraine to join NATO. But Ukrainians and their politicians were somewhat ambivalent on the issue. In 2004 Canada and the US helped bring to power an individual who strongly supported joining NATO. A month after becoming president in the Orange Revolution Viktor Yushchenko met George W. Bush on the sidelines of a NATO summit. During the February 2005 meeting the US president declared, support for Ukraine’s membership in NATO. At that summit Canadian Prime Minister Paul Martin also expressed support for deepening Ukraine’s ties to NATO. Over the next year NATO would take steps towards incorporating Ukraine with Yushchenko pushing for full membership in NATO.

Not long after, however, Ukrainian electors delivered a blow to the NATO expansionists. In the 2006 parliamentary elections Viktor Yanukovych’s Party of Regions won the most votes and at the start of 2008 parliament was effectively shuttered for six weeks due to a dispute over NATO. At this point polls showed that most Ukrainians rejected the idea of joining NATO. Barely a quarter of Ukrainians wanted to join the alliance, reported former Soviet specialist on the US National Security Council F. Stephen Larrabee in 2011. They generally viewed NATO as a threat rather than a form of protection.

That didn’t stop Stephen Harper from joining George W. Bush in pressing the issue. In the lead-up to the April 2008 NATO summit Canada’s PM expressed "strong support" for Ukraine to join NATO. "I call upon our NATO partners to agree that we should keep Ukraine moving forward toward full membership in the alliance," declared Harper. But Germany and France strenuously opposed Ukraine joining. They were concerned about Russia’s reaction and how the North American dominated alliance would further undercut European centric security initiatives.

When Yanukovych won the 2010 presidential election NATO membership was put on pause. In June 2010 Ukraine’s parliament voted to abandon NATO membership. But the US and Canada helped oust Yanukovych in February 2014. The individual selected by US Assistant Secretary of State Victoria Nuland and US Ambassador to Ukraine Geoffrey Pyatt to lead the unconstitutional post-coup government, Arsenii Yatseniuk, announced that he would ask parliament to put Ukraine on path towards NATO membership. In December 2014 parliament renounced Ukraine’s non-aligned status and called for joining NATO.

Since that time Canada has devoted significant resources to preparing the Ukrainian military, which largely collapsed in the violent aftermath of Yanukovych’s ouster, to join NATO. For seven years 200 Canadian trainers through Operation UNIFIER have been working to "modernize the Ukrainian Armed Forces," noted former defense minister Harjit Sajjan, so the country could join NATO. A 2017 Standing Committee on National Defense report on "Canada’s Support to Ukraine in Crisis and Armed Conflict" noted that "Ukraine intends … to achieve full military interoperability with NATO members" and that Canada was "actively engaged in assisting" them. On January 30, La Presse reported that "Canadian training allows Ukrainian forces to practice and do joint maneuvers with NATO." The story quoted Lieutenant-Colonel Luc-Frédéric Gilbert saying, "we are working to bring them to a context where they would be interoperable with NATO forces. That’s what we’re aiming for: changing an army that was based on a Soviet model to transform it to the NATO model."

To support Ukraine’s possible accession to the alliance, Canada has supported the NATO-Ukraine Joint Working Group on Defense Reform and Canada has shared the role of NATO Contact Point Embassy in Kyiv since 2019.

In June 2020 NATO offered Ukraine "Enhanced Opportunity Partner status". According to the British government report "Military assistance to Ukraine 2014-2021," "this status provides Ukraine with preferential access to NATO’s exercises, training and exchange of information and situational awareness, in order to increase interoperability. In September 2020 Ukraine hosted Exercise Joint Endeavor, with British, US and Canadian troops," which was "the first exercise conducted under Ukraine’s new enhanced status."

A number of other major exercises have been organized since and others, involving tens of thousands of troops, were planned for 2022.

In response to Ukraine’s growing NATOification Moscow became more belligerent. In April 2021 50,000 Russian troops were massed along its border to threaten Ukraine and at the end of November Russia once again stationed tens of thousands of troops near its neighbor. Moscow demanded a guarantee that Ukraine wouldn’t be incorporated into NATO, which was formally rejected.

Viewing Ukrainians as cannon fodder to weaken Russia, Canada’s foreign affairs minister doubled down. In mid-January Mélanie Joly reiterated that "Canada’s position has not changed… We believe that Ukraine should be able to join NATO."

While Russia’s invasion is a flagrant violation of international law, Canada should not have pushed Ukraine to seek membership in NATO. Now, Ottawa should state clearly that Canada opposes Ukraine’s adhesion to the alliance and supports the country remaining neutral (similar to Austria and Finland).

Peace minded Canadians should redouble our efforts to get Canada out of NATO. Even if the alliance’s eastward expansion played only a small part in precipitating Russia’s criminal invasion it’s an added reason to oppose an alliance that has attacked Libya, Afghanistan, and Yugoslavia over the past two decades.

Yves Engler is the author of 12 books, including the latest Stand On Guard for Whom?: A People’s History of the Canadian Military.