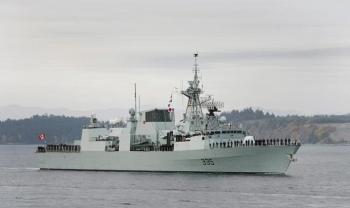 I visited a school in Kashgar. One correction, in the video I said just like in Tibet, they also learn Uyghur. What I meant to say is that just like in Tibet, they learn their own local language as well, which is probably also worth mentioning, is something not afforded to Han Chineses students in other areas of China. My wife's local language/dialect is Gan, from Jiangxi, but their curriculum has always been and continues to be 100% Mandarin Chinese.

Dan Cohen speaks with Gordon Gao, Director of Strategic Research at Tsinghua University in Beijing and a native of Urumqi in the Xinjiang Uyghur Autonomous Region (XUAR). Gao discusses growing up as a Mongolian ethnic minority in XUAR, and how the propaganda war against China hurts Uyghur interests, but will ultimately backfire on the United States.

Gao and Cohen also discuss the U.S.-China artificial intelligence arms race as well as the comparative strengths of the two countries.

I’m deeply concerned about what’s unfolding in the Canadian political landscape: baseless and malicious attacks on China. One glaring example was the recent House of Commons’ Motion 56, initiated by Conservative Party Leader Erin O’Toole. It called for Canadian government action (including moving the 2022 Beijing Winter Games to Canada) on the so-called “genocide against the Chinese Uyghurs.”

On March 22, Canada also joined the US, the UK, and the European Union in placing sanctions on Chinese officials, on the same accusations again.

Biden is playing an apocalyptic game of chicken with China

The leaders of China and the United States certainly don’t seek a war with each another. Both the Biden administration and the regime of Chinese President Xi Jinping view economic renewal and growth as their principal objectives. Both are aware that any conflict arising between them, even if restricted to Asia and conducted with non-nuclear weapons—no sure bet—would produce catastrophic regional damage and potentially bring the global economy to its knees.

So, neither group has any intention of deliberately starting a war. Each, however, is fully determined to prove its willingness to go to war if provoked and so is willing to play a game of military chicken in the waters (and air space) off China’s coast. In the process, each is making the outbreak of war, however unintended, increasingly likely.

China Isn’t the Problem, Neoliberalism is

A Canadian warship sailed through sensitive waters near China this week amid heightened tensions between the two countries.

The Department of National Defence says HMCS Calgary passed through the South China Sea while travelling from Brunei to Vietnam on Monday and Tuesday.

The passage did not go unnoticed by China, which a Defence official, speaking on condition of anonymity, says shadowed the Canadian ship.